“Come travel with me… Traveling with me, you find what never tires. Be not discouraged, keep on…” Who doesn’t love Bill Murray?! One of the best comedic actors ever in the history of cinema. Kooky and wild and weird and unforgettable, and no matter what he does, everyone still loves him. Video editor Luís Azevedo has put together another video essay called The Transformation of Bill Murray. It’s a 6-min supercut mash-up of various performances and speeches and moments from Bill Murray’s movies. A tribute to the career of this one-and-only comedy mastermind. Can you believe that he’s only been nominated for an Oscar once (for Lost in Translation), but never won?! That doesn’t seem right. This reminds me I’ve been meaning to watch Murray’s poetry & music doc New Worlds: The Cradle of Civilization. Check out the tribute below. 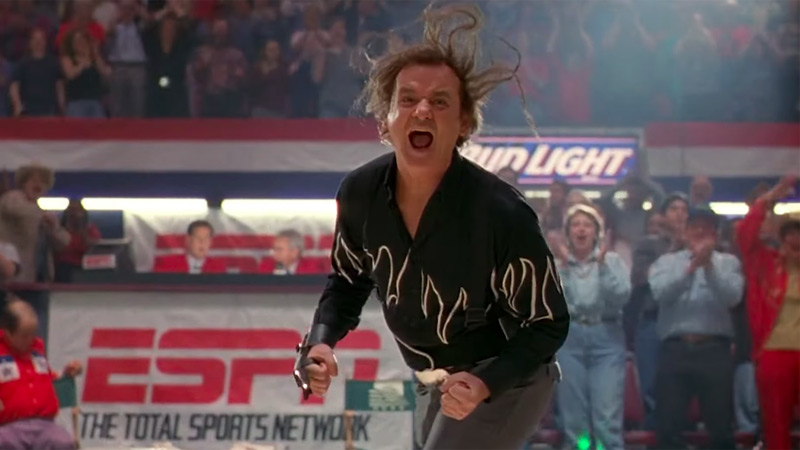 Thanks to Little White Lies for the tip on this one. Description from YouTube: “A career tribute to the one and only Bill Murray.” This video essay on Murray was edited & created by Portuguese filmmaker / editor Luís Azevedo – made for the Little White Lies video channel. For more of his videos, follow him on Twitter @LuisAFAzevedo. You can also rewatch Luís’ Women in Film 2020 retrospective, and What Makes a Great Film Company Logo?, or watch his The Vega Brothers – A Fake Tarantino Movie trailer. We also featured his The Colours of Jordan Peele video a few months ago. Murray movies in this video range from Meatballs, Stripes, and Caddyshack to The Monuments Men, On the Rocks, and St. Vincent. He’s also in The Greatest Beer Run Ever this year. To discover more video essays, click here. What’s your favorite Bill Murray film?