“Why are you here?” “I’m here for my fate.” Whoa!! Hell yes, this is awesome. Evenveil is an incredible fantasy short film made by a company called Rainfall Films, written & directed by Sam Balcomb. A warrior in exile, bearing a fated weapon, enters the ruins of a dead city to unlock a mysterious power known as the Red Veil. It’s a fantasy epic packed into 10 mins – better than most feature films released this year. “Evenveil is a proof-of-concept fantasy short from director Sam Balcomb and Rainfall Films. The conceptualization of the environments and characters began in 2020, as Rainfall started developing new techniques for world-building visual effects and implementation with live action.” The short stars Alexis Peters, Aria Song, Nick Apostolina, Dawson Mullen, Gregory Lee Kenyon, & Ralph Lister. Of course, this is part of a “a larger, sprawling narrative” that they hope to develop further. I’m in!! The visual quality, the character design, the music, the lore of this all kicks ass. And I really dig this double-axe weapon she’s after. Fire it up. 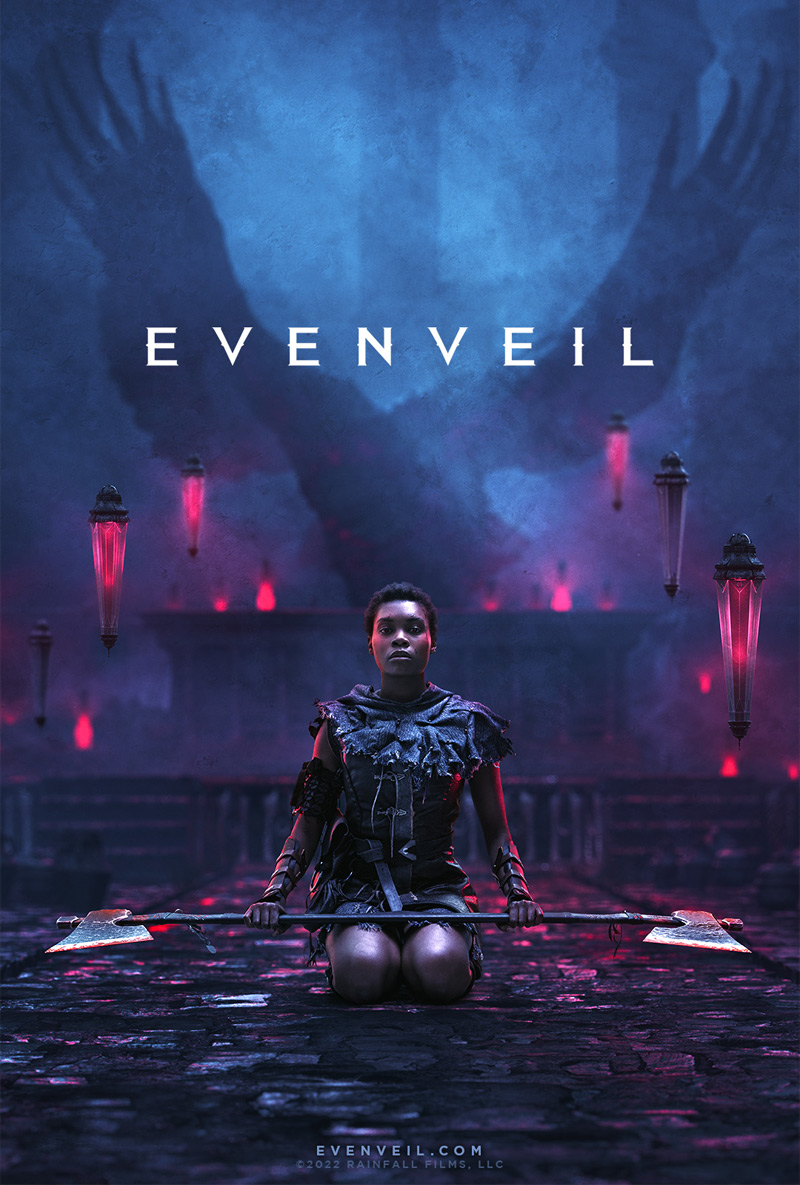 Thanks to Short of the Week for the tip on this one debuting online. Brief synopsis via YouTube: “A warrior in exile, bearing a fated weapon, enters the ruins of a dead city to unlock a mysterious power known as the Red Veil.” Evenveil is written and directed by the Los Angeles-based filmmaker Sam Balcomb – who also works as a visual effects supervisor in the movie industry. He’s the co-founder of a production company in Burbank called Rainfall Films. You can view more of their work on Vimeo or visit their official website or YouTube, or follow Sam on IG @sambalcomb. Produced by Jesse Soff, Jeff Dodson, and Sam Balcomb. With cinematography by Balcomb, and music by Dodson. You can hear all the songs in the film in a SoundCloud playlist. “The story is a small sample of a larger, sprawling narrative that we plan to continue exploring.” For more info on the film, visit SOTW or Rainfall’s website. To discover more shorts, click here. Your thoughts?