“After a while, as it had eaten my cat, and eaten my friend, it too began to eat at me…” Have you wondered what it would be like if you were sucked into a black hole? Maybe we shouldn’t wonder too much, it might just break our brains. This fantastic short film titled Black Hole is now available to watch online thanks to Dust featuring it on YouTube, after it first premiered at film festivals last year. When a miniature black hole shows up in a man’s house, he must learn to deal with it. But as time passes, his obsession with the anomaly grows, and he begins to dance with danger as he utilizes it in his every day life. This super clever 7-minute short film is written & directed by Jamie Parslow, starring fellow filmmaker Aaron Moorhead (of The Endless, Synchronic, Something in the Dirt) as Eddie. Also with Leo Camacho and Alexa Cappiello. The writing in this is extra sharp, and it has such a cute little black hole in it. I want one, too! Or maybe I don’t? 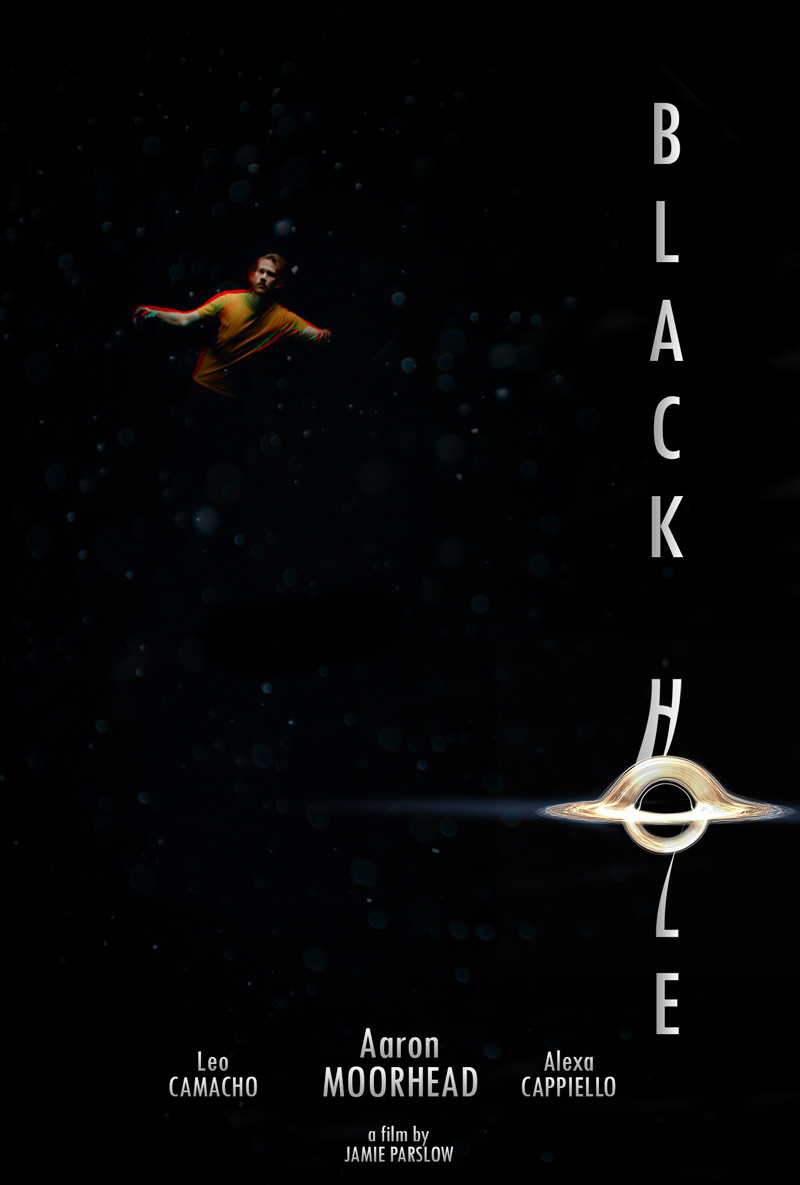 Thanks to Twitter for the tip on this short. Synopsis from YouTube: “There’s a black hole in Eddie’s house, and he’s not quite sure what to do about it. But as he ponders on how to use the black hole in his favor, he has to ask himself whether to leave the anomaly alone and run away from it, or let it consume him and everything he loves.” Black Hole is both written and directed by filmmaker Jamie Parslow – you can see more of his work on his Vimeo or visit his official website or follow him on Twitter @jamiefilms. Executive produced by Reid Nicewonder and Evan Zissimopulos. Featuring cinematography by Evan Zissimopulos and original music by Dan Martinez. With VFX by Aaron Moorhead and Roger Nall. The short first premiered at film festivals last year, including at Fantastic Fest, Prague’s Night Visions, and the Portland Film Festival. For more info on the project, visit Vimeo or Jamie’s site. To discover more short films, click here. Thoughts?