“We make the rules now, all four of us. We’ll be a family of ‘Mountain Men’ in no time.” Samuel Goldwyn Films has debuted an official trailer for an indie off-the-grid thriller titled Manifest West, from filmmaker duo Joe Dietsch & Louie Gibson. The film is intriguing coming-of-age story told through the eyes of a young girl whose family spirals out of control after they decide to live off the grid. It had its world premiere at the Mammoth Film Festival, where it won Best Genre Film, earlier this year. The film stars Annet Mahendru, Milo Gibson, Lexy Kolker, Michael Cudlitz, and the comedian Tim Heidecker (giving a very serious performance this time). This starts out so nice and uplifting, the story of a family trying to make a life on their own in the woods – reminds me of Captain Fantastic. But then things quickly get intense and twisted and dark, which isn’t so nice and fun anymore. Don’t look bad, doesn’t look that great either. Check it out. 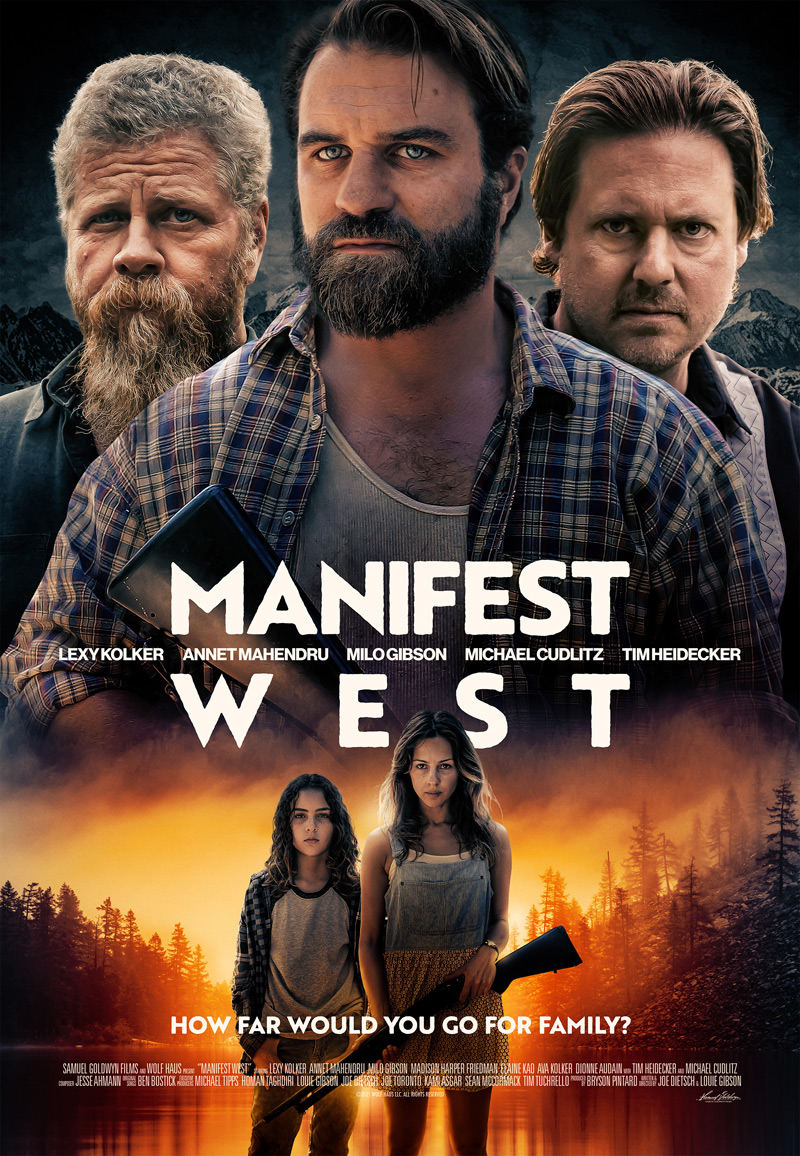 Manifest West is a coming-of-age story, told through the eyes of a ten-year old girl whose family moves off the grid into untamed North American Wilderness. It’s their attempt to establish normalcy, to thrive off the land, and escape the pressures of modern society. But the family also has its own internal pressures building, and you can’t escape what’s going on in your own household, no matter how far you move up a mountain. Manifest West is co-written and co-directed by filmmakers Joe Dietsch & Louie Gibson, both of the film Happy Hunting previously, plus lots of other industry work. It’s produced by Bryson Pintard. This initially premiered at the 2022 Mammoth Film Festival earlier this year. Samuel Goldwyn Films will debut Manifest West in select US theaters + on VOD starting November 11th, 2022 this fall. Interested?

If Toronto Wants a Met Gala, the AGO’s Art Bash! Has Potential