“If you want to live here, you have to ride.” “Let’s do it!” 20th Century Studios has released the final official trailer for James Cameron’s highly anticipated sci-fi sequel Avatar: The Way of Water, also known as just Avatar 2. Less than a month until this is in theaters worldwide!! Who’s ready?? Following the events of the first movie, Jake Sully now lives with his newfound family formed on the planet of Pandora. Once a familiar threat returns to finish what was started, Jake must work with Neytiri and another new army of the Na’vi race to protect their planet. They take to the waters, where even more fascinating creatures are found. We finally get a better glimpse at this water world in here. The Way of Water ensemble cast features Zoe Saldana, Sam Worthington, Kate Winslet, Sigourney Weaver, Bailey Bass, Trinity Jo-Li Bliss, Jack Champion, Michelle Yeoh, Jemaine Clement, Stephen Lang, Cliff Curtis, Edie Falco, CCH Pounder, Joel David Moore. Oh my goodness, this is one phenomenal trailer!! Breathtaking footage. I’m sure this plays amazingly in theaters. I can’t wait to watch!! Don’t know what else to add – it looks glorious.

Here’s the final trailer (+ posters) for James Cameron’s Avatar: The Way of Water, from YouTube: 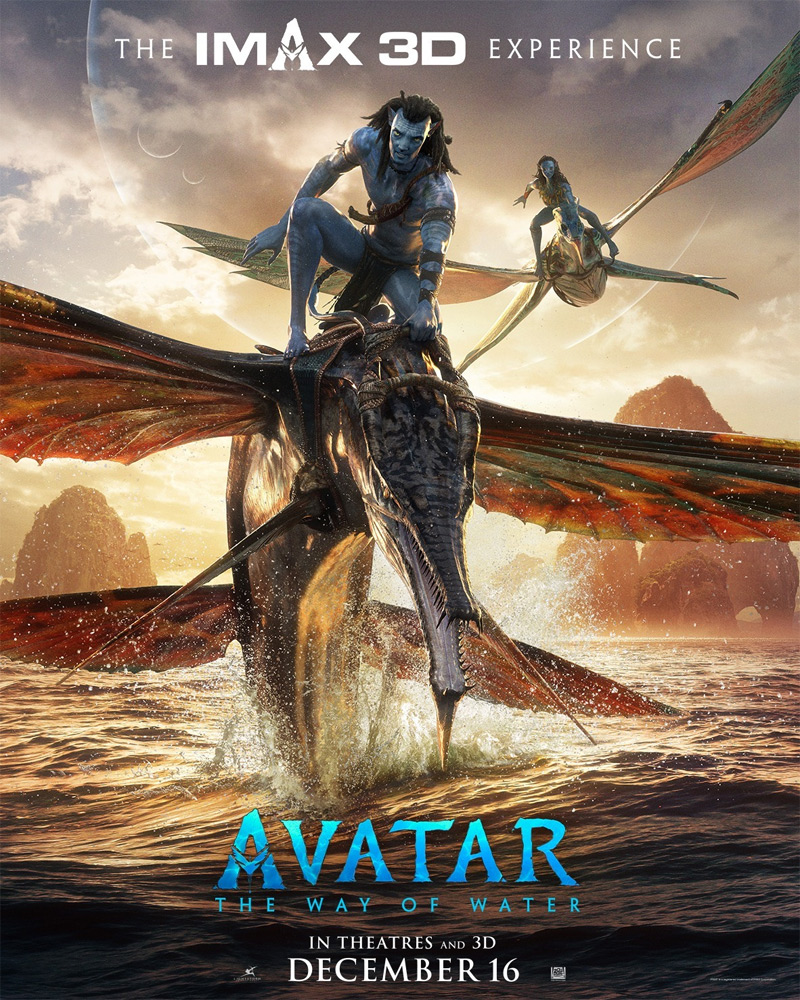 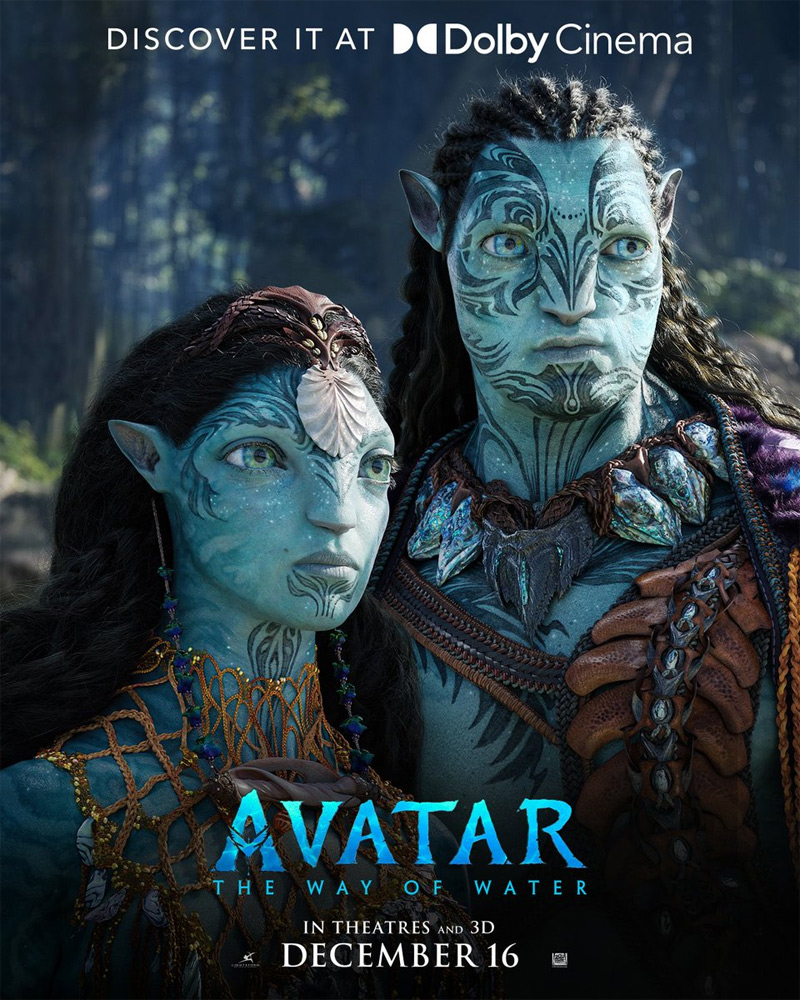 Set more than a decade after the events of the first film, Avatar: The Way of Water begins to tell the story of the Sully family, the trouble that follows them, the lengths they go to keep each other safe, the battles they fight to stay alive, and the tragedies they endure. Avatar 2: The Way of Water is directed by iconic Canadian filmmaker James Cameron, director of the movies Piranha II: The Spawning, The Terminator, Aliens, The Abyss, Terminator 2: Judgment Day, True Lies, Titanic, and Avatar previously. The screenplay is written by James Cameron and Josh Friedman (War of the Worlds, The Black Dahlia, Terminator: Dark Fate, “Snowpiercer” series), from a story by James Cameron. Produced by James Cameron and Jon Landau. 20th Century Studios + Disney will finally debut Cameron’s Avatar: The Way of Water in theaters around the world (in 3D!) starting December 16th, 2022. Follow for updates @officialavatar. Excited to watch?