Though DreamWorks Animation loves to spin franchises out of its successful films (today’s subject, for example, is the sequel to a spin-off), we’ve still had to wait a while to see more big screen adventures from Antonio Banderas’ feline hero Puss in Boots, he of the weapons-grade cute-big-eyes look and stealing scenes in the ‘Shrek’ movies.

But following 2011’s first ‘Puss in Boots’ movie, here comes the next one – ‘Puss in Boots: The Last Wish’, which has its latest trailer online.

The story of ‘Puss in Boots: The Last Wish’ is a relatively simple one: Puss, the crusading, heroic, flamboyant hero/musician is still happy to pull off daring feats and strum a few catchy tunes. But all his adventuring has started to catch up with him. After an unfortunate run-in with a falling bell during his latest gig – in both senses of the word, since he was playing music and battling a giant – leads to him losing his eighth life, he begins to realize that he only has one left. 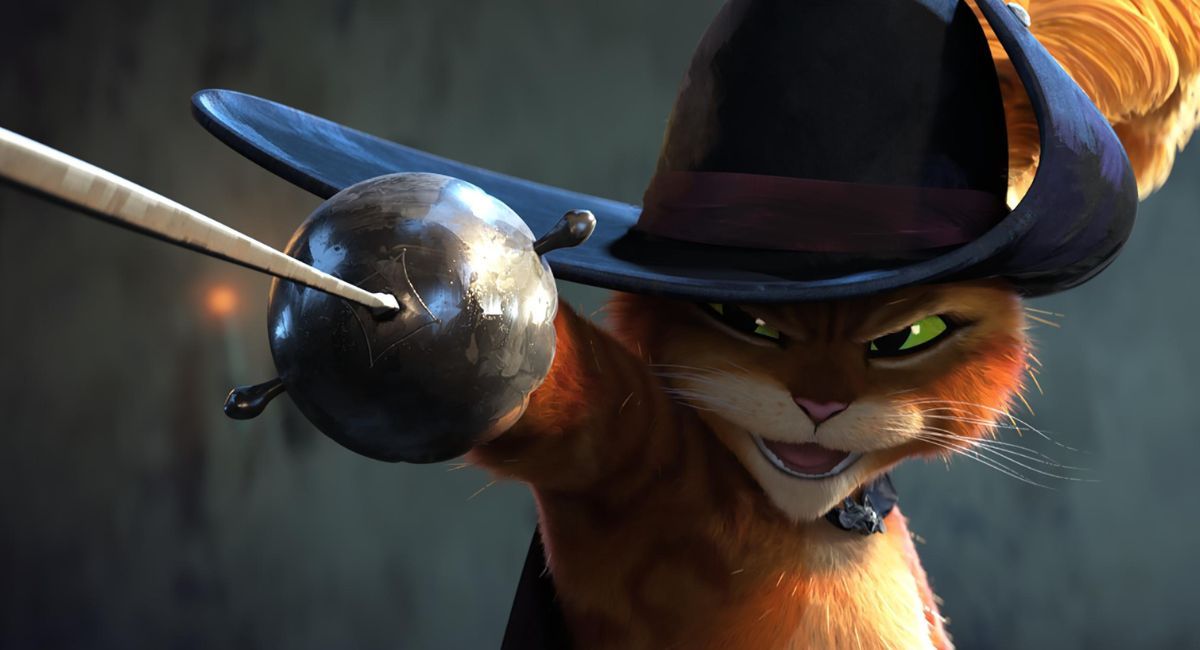 Yet while on-again-off-again girlfriend Kitty Soft Paws (Salma Hayek) tries to convince him – using all her cute-face superpowers that outrank his own – that having one life to live makes it even more special, Puss is not ready to admit defeat, and he heads out to find a way to get more life before death.

In their quest, Puss and Kitty will be aided — against their better judgment — by a ratty, chatty, relentlessly cheerful mutt, Perro (Harvey Guillén). Together, our trio of heroes will have to stay one step ahead of Goldilocks (Florence Pugh) and the Three Bears Crime Family (Ray Winstone’s gravelly tones are behind Papa Bear, with Olivia Colman as Mama and Samson Kayo as Baby), “Big” Jack Horner (John Mulaney) and terrifying bounty hunter, The Big Bad Wolf (Wagner Moura), who has more of a supernatural tone to him than you might initially suspect. 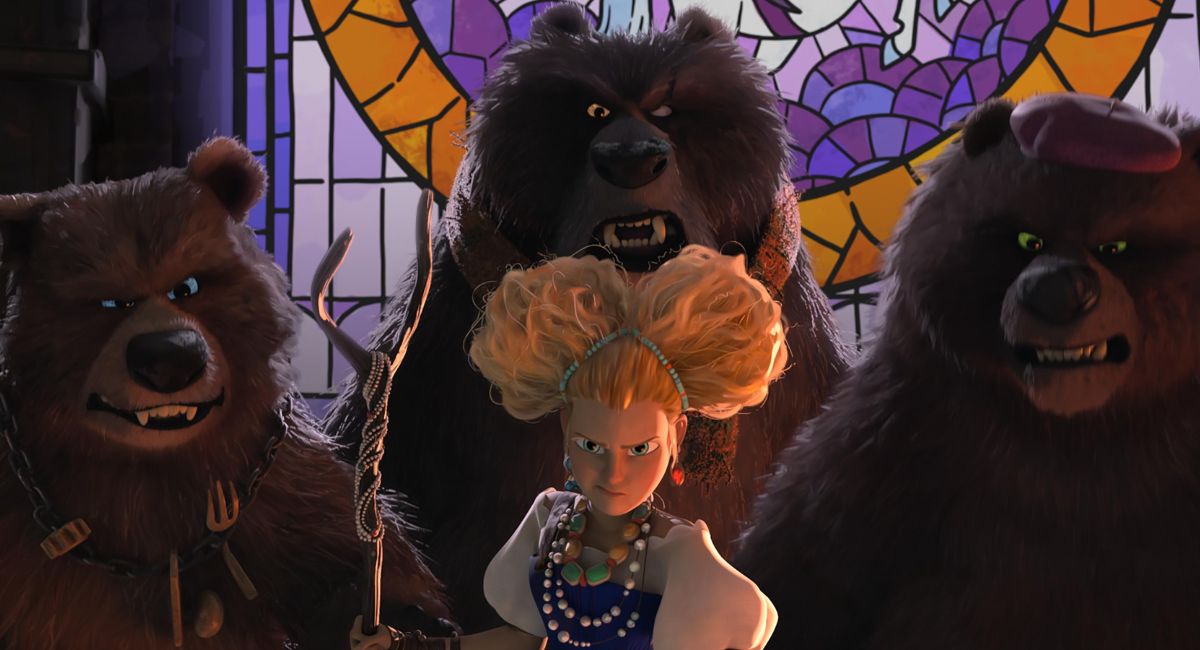 This latest trailer, a little like the most recent one, focuses on Puss’ initial reaction to learning that he’s on borrowed time – he gives up. Burying his clothes, he heads to the house of a lady (Mama Luna, voiced by Da’Vine Joy Randolph) who loves cats – and loves to put mittens on their paws. Forced to use a litter tray and feed alongside many other less charismatic felines, it’s here that Puss meets Perro – and where the plot kicks in as Goldilocks shows up looking for something… or someone.

The DreamWorks team has been experimenting with the animation style more than in the past with the ‘Shrek’ and ‘Puss’ movies. – there’s a more painterly feel to it, more along the lines of the company’s recent release ‘The Bad Guys’.
Joel Crawford, who directed ‘The Croods 2: A New Age’ is behind the new ‘toon, working alongside Januel Mercado, who also worked on the prehistoric sequel, with a script from Paul Fisher.

‘Puss in Boots: The Last Wish’ will be in theaters on December 21st. 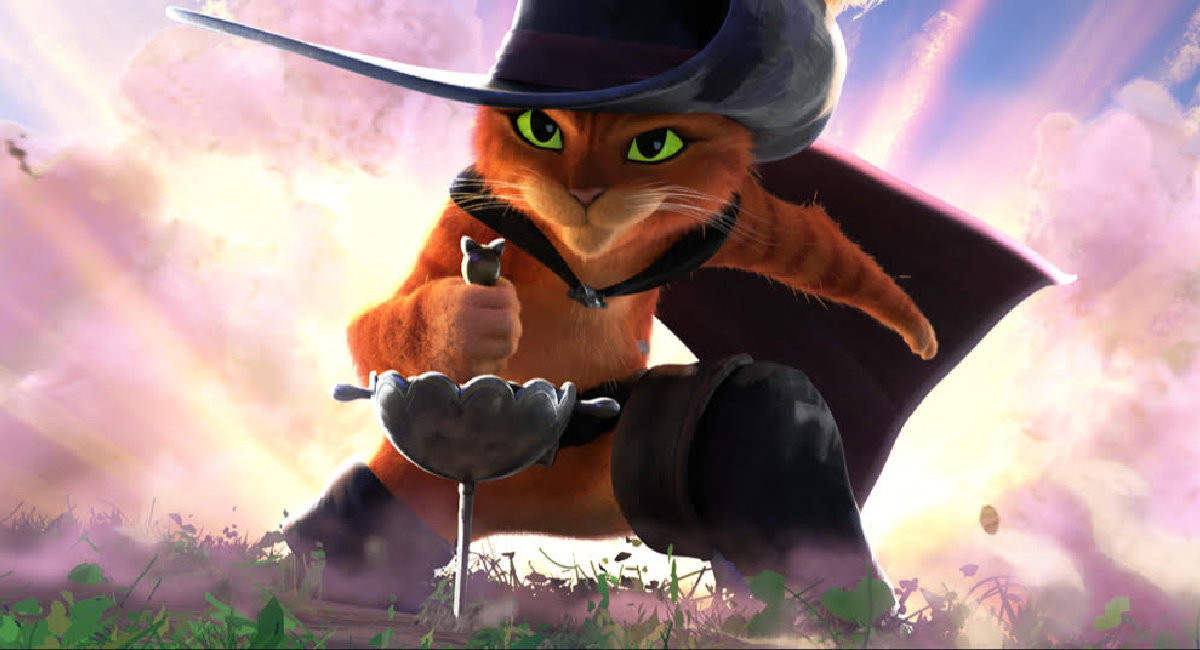 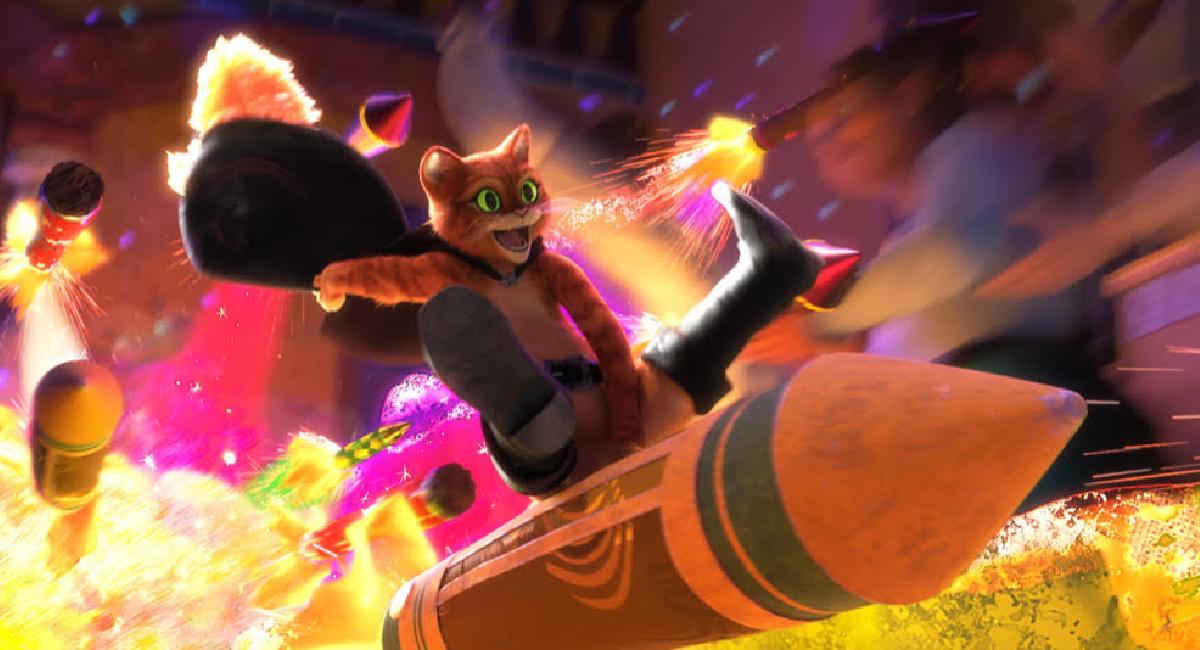 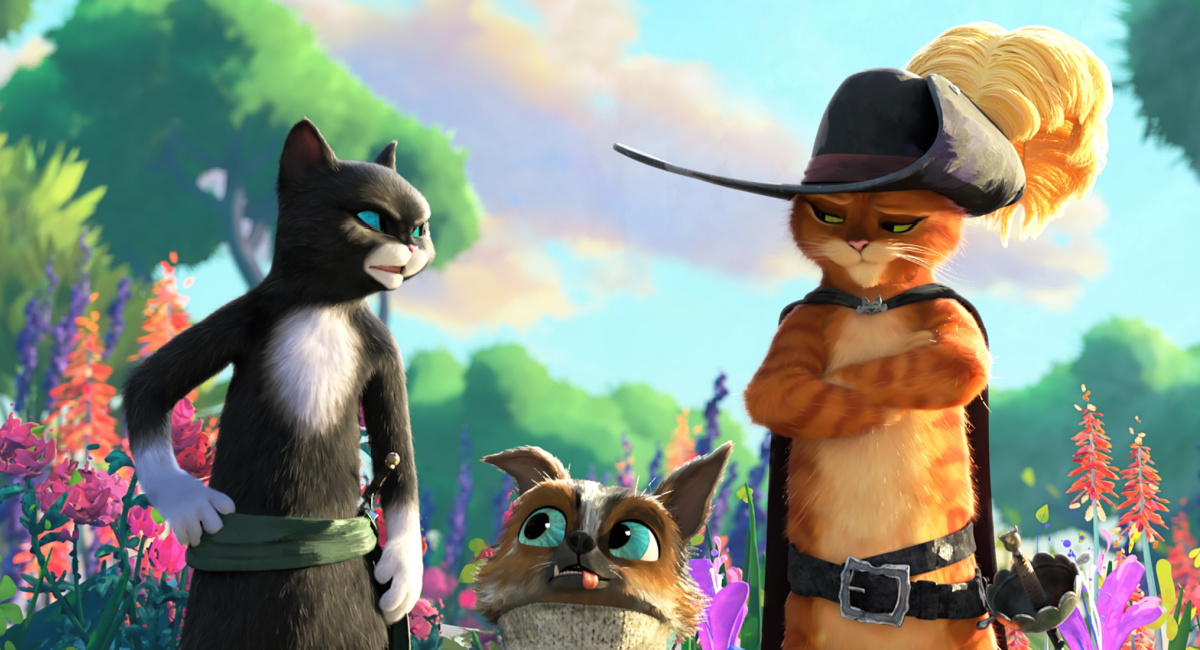 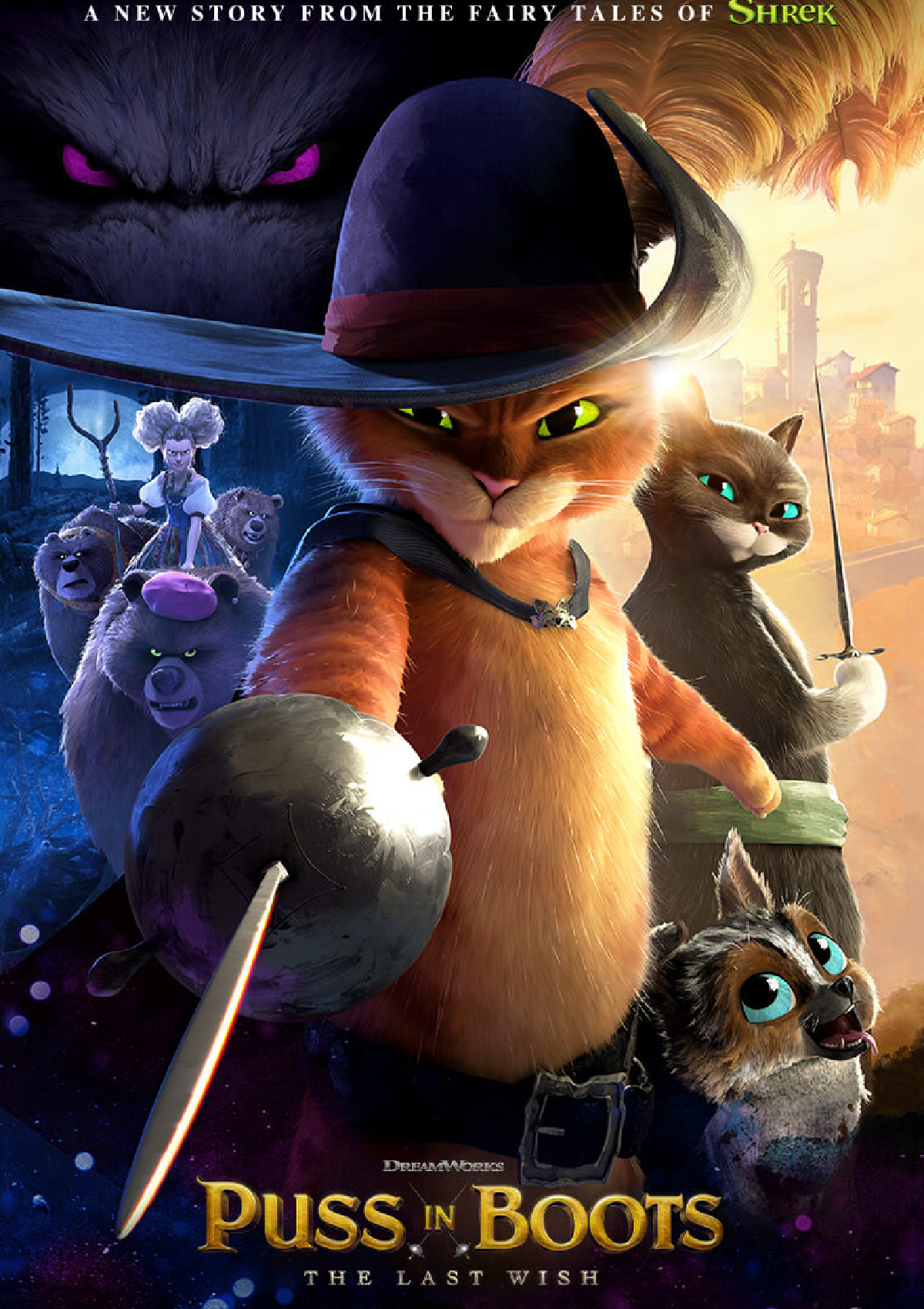 ‘Puss in Boots: The Last Wish’ will be in theaters on September 23.

AirPods Sale on Amazon As Low as $79