“What if the snow is contaminated?” Lionsgate has unveiled an official trailer for an indie horror thriller titled Snow Falls, the latest from young filmmaker Colton Tran. This one is being released direct-to-VOD in January and hasn’t played at any festivals, which should be a pretty good indication of the quality. After a winter storm strands five friends staying in a remote cabin for New Years Eve with no power and little food, disorientation slowly claims their sanity as each of them succumbs to a fear that the snow itself (that they ate as snow cones) may be contaminated or somehow… evil. But maybe it’s not really the snow?? The film stars Victoria Moroles, Anna Grace Barlow , Johnny Berchtold, Jonathan Bennett, and Patrick Fabian. This looks really cheesy and cheap, not surprised they are dumping it in January. How much you want to bet all this happening is just in their heads? I don’t really care anyway, it doesn’t seem that scary… 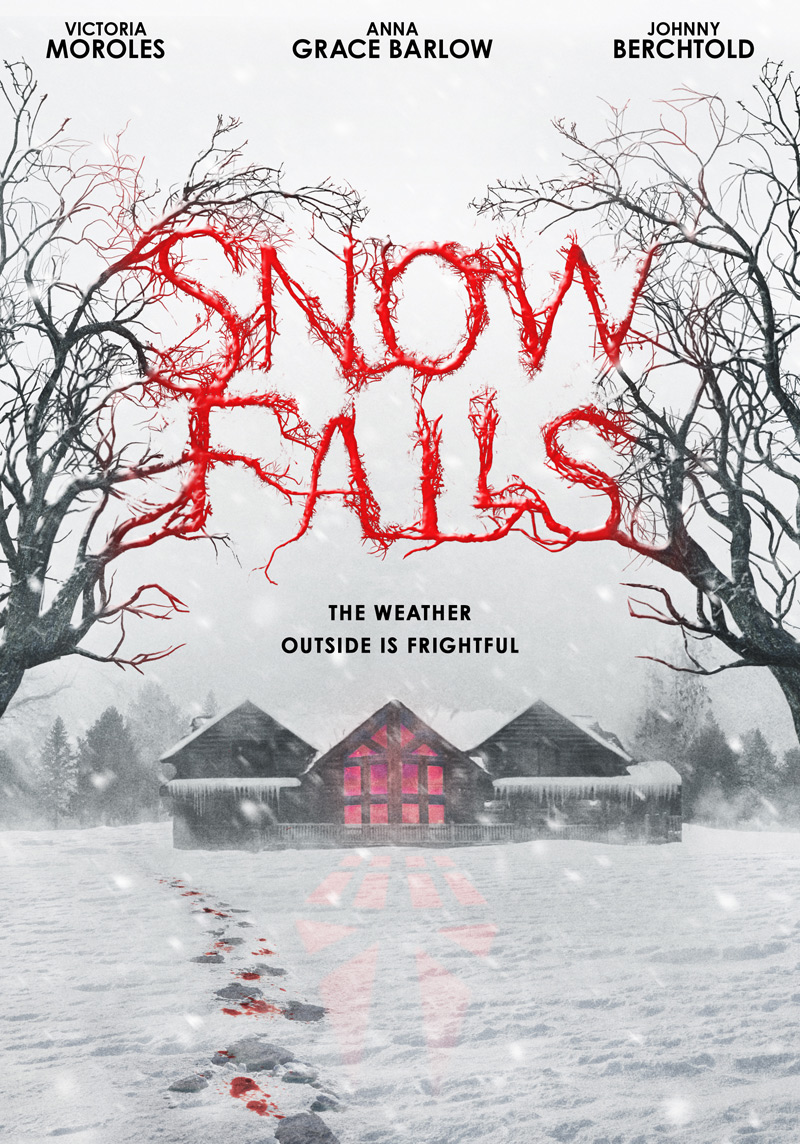 This terrifying wintertime snowy horror tale will chill you to the bone. As med student Eden (Anna Grace Barlow) joins four friends at a remote cabin to celebrate New Year’s, party time quickly turns serious when a brutal winter storm isolates the kids and knocks out the power. After making frozen cocktails with the snow, Eden and her friends start acting strangely. Convinced that the flakes have infected them with an evil virus, they struggle to stay awake to avoid freezing to death. Who will survive this icy ordeal? Snow Falls is directed by young actor / editor / filmmaker Colton Tran, director of the films Raising Kayn and Spook previously, as well as music videos and other short films. The screenplay is Luke Genton, from a story Colton Tran and Laura M. Young. This hasn’t premiered at any fests or elsewhere, as far as we know. Lionsgate debuts Snow Falls direct-to-VOD starting January 17th, 2022 early in the New Year. Freaky?