“We need to keep an eye on Beatriz and Dick.” Signature Ent. has debuted another new official trailer for a comedy titled The Estate, this one a vulgar red band trailer – only given this rating for its foul language (this is packed with F bombs galore). The first trailer for this dropped a month ago. Two sisters attempt to win over their terminally ill, very-difficult-to-please Aunt in hopes of ending up with her wealthy estate, only to find the rest of their greedy family members have the same idea. Sounds a bit like Knives Out, but with a family trying to one-up each other and no murder mystery. The film’s impressive cast features Toni Collette, with Anna Faris, David Duchovny, Rosemarie DeWitt, Ron Livingston, and Kathleen Turner. It looks much better when they’re letting loose with all the cursing. Finally something to laugh at. 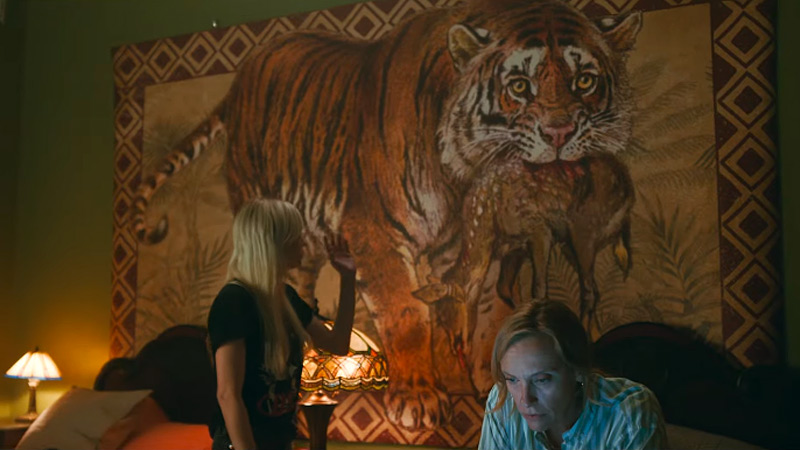 You can rewatch the first official trailer for Dean Craig’s The Estate here for more footage.

Nothing brings a family together… like tearing each other apart. Two sisters attempt to win over their terminally ill, difficult-to-please Aunt in hopes of becoming the beneficiaries of her wealthy estate, only to find the rest of their greedy family members have the same idea. The Estate is both written and directed by American writer / filmmaker Dean Craig, making his second feature after directing Love Wedding Repeat previously, plus a writer of scripts for Death at a Funeral, A Few Best Men, A Few Less Men, Moonwalkers, and My Dog Stupid. Produced by Alison Benson, Sarah Gabriel, Marc Goldberg, and Sarah Jessica Parker. This hasn’t premiered at any festivals or elsewhere, as far as we know. The Signature will debut Craig’s The Estate in select US theaters starting on November 4th, 2022 this fall. Who’s interested in watching this?