“We’ll know soon how you fit into this.” Two spies. One target. Magnolia Pictures has revealed an official US trailer for the Korean action film titled Hunt, which first premiered at the 2022 Cannes Film Festival earlier this year. It’s one of the most intense and epic action films of 2022, with more kinetic energy than even Michael Bay’s movies – seriously. Hunt is also the directorial debut of “Squid Game” star Lee Jung-jae, who also stars in the period espionage action movie. “Expose the mole within the agency! Can the ‘Hunted’ become the ‘Hunter’?” Park Pyeong-Ho and Kim Jung-Do are agents for the National Security Agency. They are both excellent at their jobs and rivals. The two men chase after a North Korean spy sent to South Korea. They soon uncover a hidden truth about an assassination plot. The film stars Lee Jung-jae, Jung Woo-sung, Heo Sung-tae, Jeon Hye-jin, and Jeong Man-sik. This is literally wall-to-wall, non-stop intense action and shoot outs and fights and it just gets crazier as it goes on. So many people, so much shooting. I don’t think everyone will enjoy this one, but definitely worth a watch if you love action movies. Check it out. 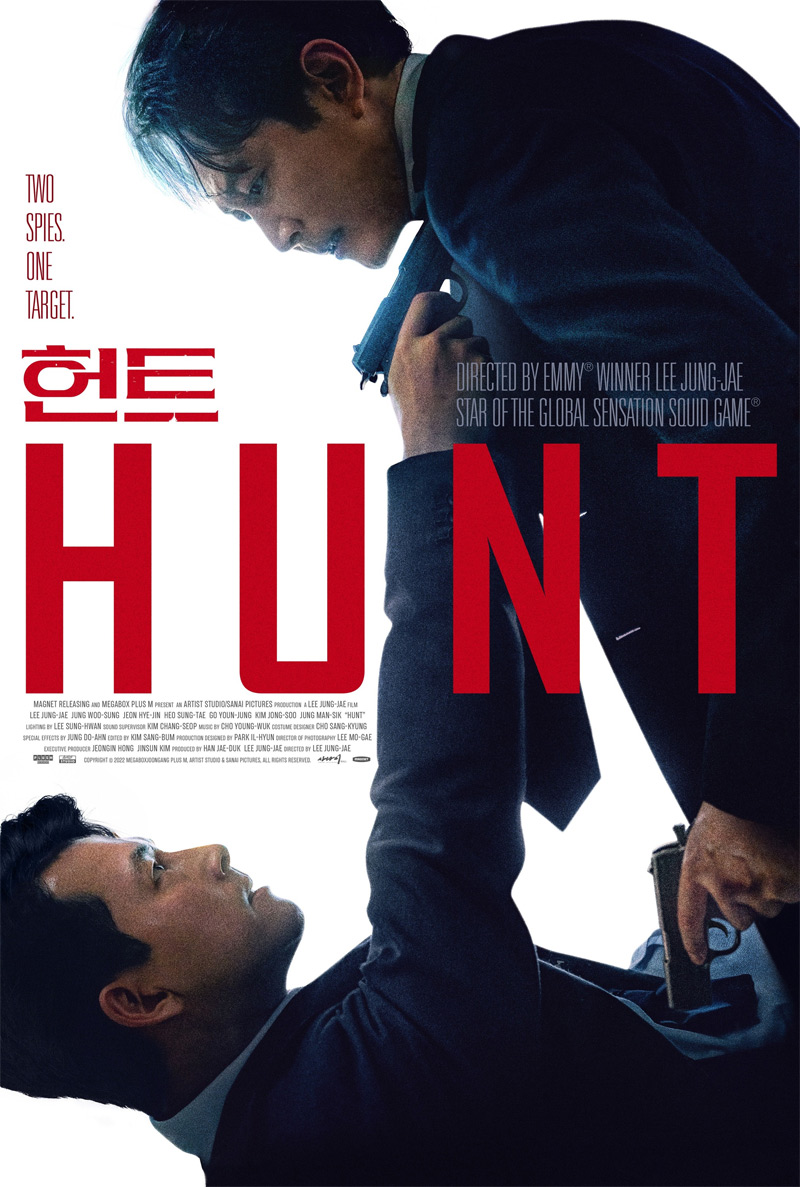 You can rewatch the first festival trailer for Lee Jung-jae’s Hunt here, for even more footage.

After a high-ranking North Korean official requests asylum, South Korean KCIA Foreign Unit chief Park Pyong-ho (Lee Jung-jae) and Domestic Unit chief Kim Jung-do (Jung Woo-sung) are both tasked with uncovering a North Korean spy, known as Donglim, who is deeply embedded within their agency. When the spy begins leaking top secret intel that could jeopardize national security, the two units are each assigned to investigate each other. Tension and animosity mount between the two chiefs, as they both know if they cannot find the mole, they may be accused themselves. Pyung-ho and Jung-do slowly start to uncover the truth but, in the end, they must deal with an unthinkable plot to assassinate the South Korean president… An operation that tests the faith of two men caught between suspicion and vigilance. Hunt, originally known as Heon-teu or 헌트 in Korean, is directed by Korean actor turned filmmaker Lee Jung-jae (456 in “Squid Game”), making his feature directorial debut with this film. The screenplay is written by Jo Seung-hee and Lee Jung-jae. It’s also produced by Lee Jung-jae. This first premiered at the 2022 Cannes Film Festival. It already opened in Korean cinemas in August. Magnolia will debut Lee Jung-jae’s Hunt in select US theaters + on VOD starting December 2nd, 2022 this fall. For more info, visit their official site.

California Bill Restricts Rap Lyrics from Being Used as Evidence