“If there’s trouble, come find me…” Netflix has revealed the first look teaser trailer for another new assassin action film, this one titled The Mother which is debuting May 2023. So many of these hitman / hitwomen films these days, all telling pretty much the same story over and over. From Mulan director Niki Caro, The Mother is about a deadly female assassin who comes out of hiding to protect the daughter she gave up years ago, while also on the run from dangerous men. Of course, always on the run. This stars Jennifer Lopez as “The Mother”, with Joseph Fiennes, Lucy Paez, Omari Hardwick, Paul Raci, and Gael Garcia Bernal. It’s only a 45 second teaser, but it’s intense and makes this looks badass. A good intro to this film. Seems a bit familiar, but Lopez looks solid so far and I’m digging the epic globe-spanning look and feel of it. 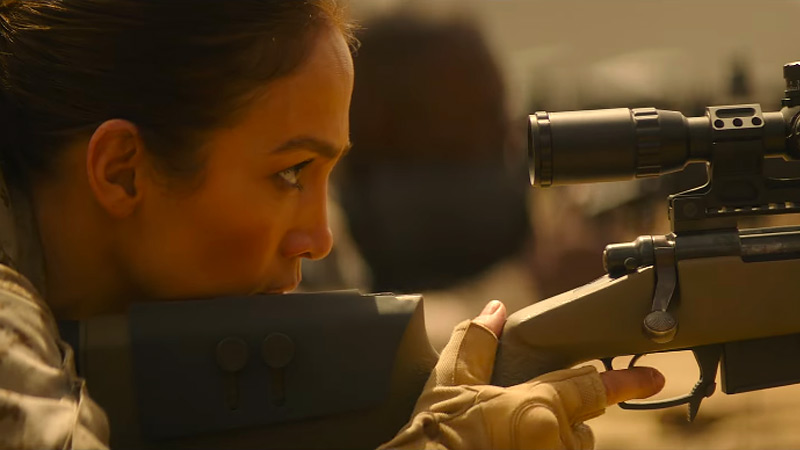 While fleeing from dangerous assailants, an ex-assassin (Jennifer Lopez) comes out of hiding to protect the estranged daughter that she left earlier in her life. The Mother is directed by talented New Zealand filmmaker Niki Caro, director of the films Memory & Desire, Whale Rider, North Country, A Heavenly Vintage, McFarland USA, The Zookeeper’s Wife, and Disney’s Mulan previously. The screenplay is written by Misha Green, Andrea Berloff, Peter Craig; from a story by Misha Green. Produced by Elaine Goldsmith-Thomas, Jennifer Lopez, Benny Medina, Roy Lee, Marc Evans, Miri Yoon, and Misha Green. It was filmed partially on Grand Canary Island. Featuring cinematography by Ben Seresin. Netflix will debut Caro’s The Mother streaming on Netflix (and maybe in theaters) starting in May 2023 next summer. First impression?

29 Pieces of Embellished Underwear That Are So Stylish