“Nevermore continues to be a place where the questions far outweigh the answers.” Netflix has debuted the full official trailer for the series Wednesday, their Addams Family spin-off live-action series directed by the maestro of macabre, Tim Burton. This is the best trailer yet!! Way better than latest teaser trailer, too. A coming-of-age supernatural mystery comedy focusing on Wednesday and her first years as a high school student at Nevermore Academy, where she attempts to master her psychic powers, stop a killing spree, and solve the supernatural mystery regarding her own family — all while navigating her new life. Jenna Ortega stars as Wednesday Addams, with the new series cast featuring Catherine Zeta-Jones as Morticia, Luis Guzmán as Gomez, Fred Armisen as Uncle Fester (who makes his first appearance in this trailer), Riki Lindhome, Jamie McShane, Percy Hynes White, Gwendoline Christie, and Christina Ricci. This looks like Burton might’ve actually made this just right! What a trailer, I’m totally sold. What do you think? 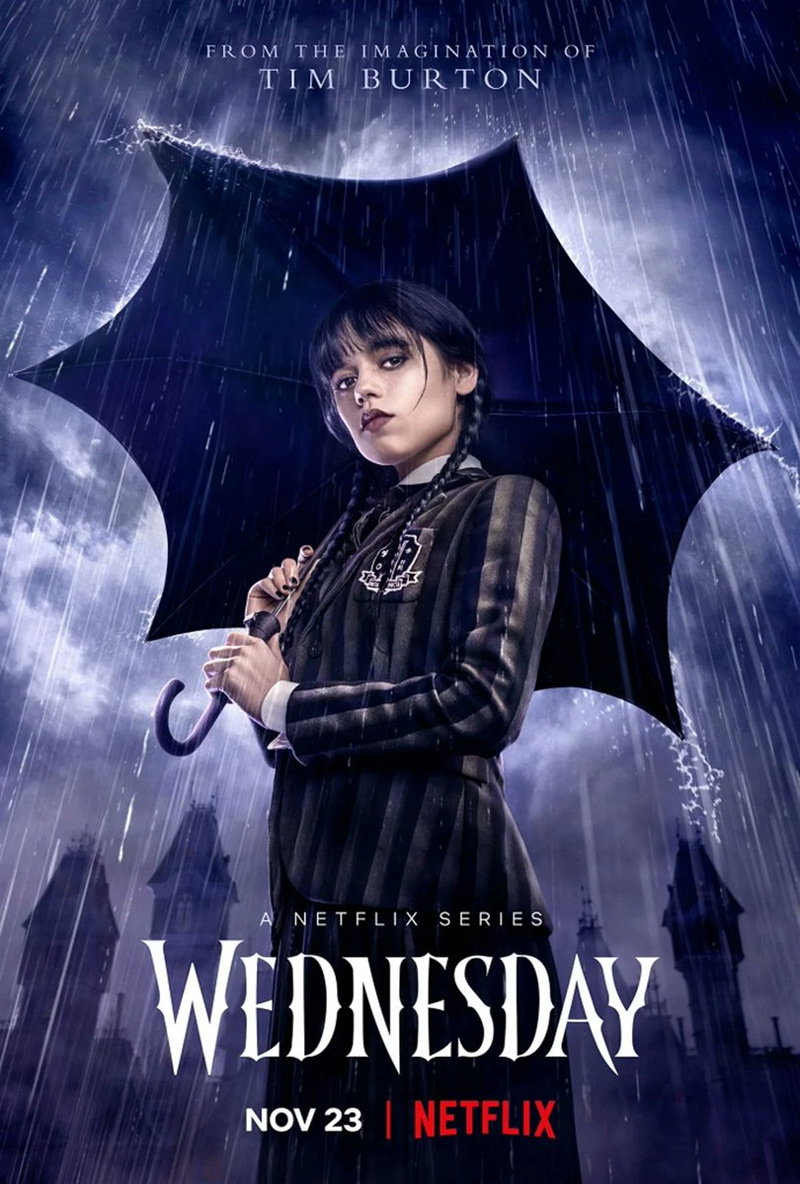 You can rewatch the original reveal for Netflix’s Wednesday here, and the recent teaser trailer here.