The new film from Bong Joon ho… In theaters in 2024! Warner Bros has revealed a very quick first look video for their upcoming Bong Joon-ho movie titled Mickey 17, a sci-fi thriller about a clone. This promo is also tied with the release date announcement – Mickey 17 will be in theaters starting March 29th, 2024 more than a year from now. Filming is still underway on the project, which has been in production for a few months already. Robert Pattinson stars as Mickey Barnes, an “Expendable”: a disposable employee on a human expedition sent to colonize the ice world Niflheim. There can’t be more than two of them at the same time, but after he goes missing he comes back to discover another. Based on a novel by Edward Ashton. The cast also includes Naomi Ackie, Steven Yeun, Toni Collette, Mark Ruffalo, and Holliday Grainger. It’s a very quick first look with one intriguing shot. More than enough for me! Can’t wait to see this already. 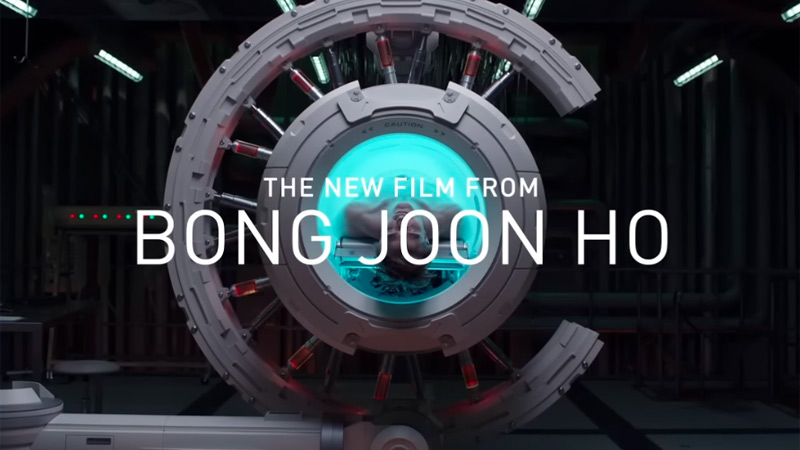 Feature adaptation of the science fiction novel by Edward Ashton follows the story of Mickey 17, an “expendable,” who is a disposable employee on a human expedition sent to colonize the ice world Niflheim. After one iteration dies, a new body is regenerated with most of his memories intact. Mickey 17 is directed by beloved Oscar-winning Korean filmmaker Bong Joon-ho, director of the films Barking Dogs Never Bite, Memories of Murder, The Host, Mother, Snowpiercer, Okja, and Parasite previously. The screenplay is also written by Bong Joon-ho, adapted from the novel “Mickey7” written by Edward Ashton, published in this year. Produced by Dooho Choi, Dede Gardner, Bong Joon Ho, and Jeremy Kleiner. Production began in August in the UK – it’s still filming through this year. Warner Bros will debut Bong Joon-ho’s Mickey 17 in theaters worldwide starting on March 29th, 2024 – a long wait but it will be worth it. Look good already?