“Down, down, down came the hot thrashing flurry. Darkest night, black with hell-charneled fury. Leaving only… that deathly pale blue eye.?” Whoa! Netflix has revealed a teaser for The Pale Blue Eye, the second Edgar Allen Poe film out this year about his time as a cadet at West Point. (The other is Raven’s Hollow on Shudder.) They’re releasing this one in theaters just in time for Christmas this December, but it won’t be on Netflix until early January in the New Year – not too long from now. Set at West Point, 1830. A world-weary detective is hired to discreetly investigate the gruesome murder of a cadet. Stymied by the cadets’ code of silence, he enlists one of their own to help unravel the case — a young man the world would come to know as Edgar Allan Poe. The film stars Christian Bale as Landor + Harry Melling as Poe, Gillian Anderson, Lucy Boynton, Charlotte Gainsbourg, Toby Jones, Harry Lawtey, Simon McBurney, Hadley Robinson, Timothy Spall, Brennan Cook, Charlie Tahan, and Robert Duvall. There’s not too much footage in this teaser yet, but more than enough to get my attention! So many chilly overhead drone shots. 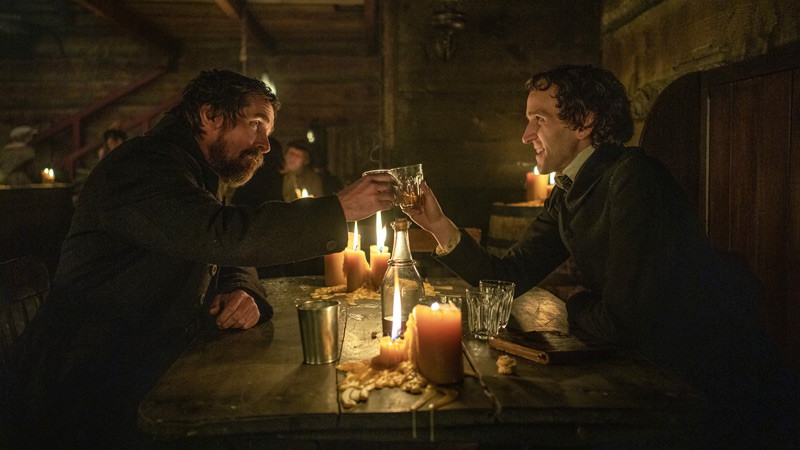 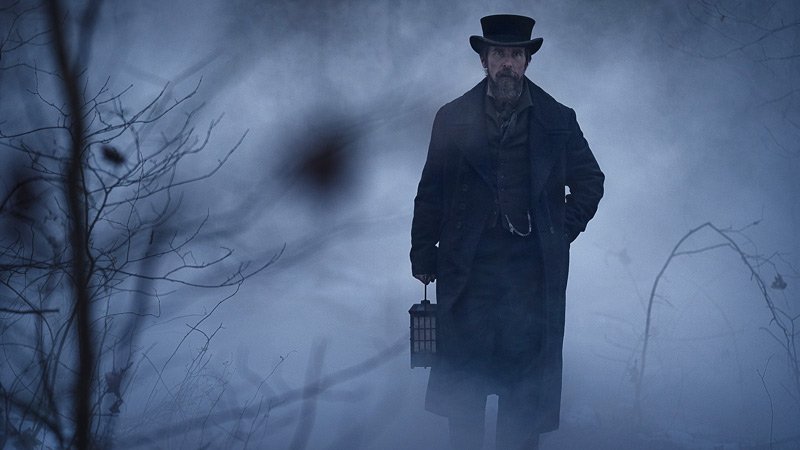 West Point, 1830. In the early hours of a gray winter morning, a cadet is found dead. But after the body arrives at the morgue, tragedy becomes savagery when it’s discovered that the young man’s heart has been skillfully removed. Fearing irreparable damage to the fledgling military academy, its leaders turn to a local detective, Augustus Landor (Christian Bale), to solve the murder. Stymied by the cadets’ code of silence, Landor enlists the help of one of their own to pursue the case, an eccentric cadet with a disdain for the rigors of the military and a penchant for poetry—a young man by the name of Edgar Allan Poe (Harry Melling). The Pale Blue Eye is both written and directed by American filmmaker Scott Cooper, director of the films Crazy Heart, Out of the Furnace, Black Mass, Hostiles, and Antlers previously. Based on the novel of the same name by Louis Bayard. Produced by Scott Cooper, Christian Bale, Tyler Thompson, John Lesher. Netflix will debut The Pale Blue Eye in select US theaters first on December 23rd, 2022 this fall, then streaming on Netflix starting January 6th, 2023 in the New Year. First impression? Look good?