Another One to Avoid: Official Trailer for ‘Mummies’ Animated Movie

“The only way to get it back is to… go the world of the living.” Warner Bros UK has revealed an official trailer for an animated kids movie called Mummies, another of these cheesy direct-to-video creations that is somehow getting a theatrical release in the UK next year. “Warner Bros. Pictures presents a production of 4Cats Pictures SL, Anangu Grup SLU and Moomios Movie AIE, with the collaboration of Atresmedia Cine, with the participation of MOVISTAR+ and with the collaboration of TV3.” This clearly borrows the character design and family setup from the popular animated series Hotel Transylvania, but with mummies instead. The mummy family ends up in present-day London and embarks on a wacky and hilarious journey in search of an old ring that was stolen by a British archaeologist. Yes, teach kids what really happened! The English-language voice cast includes Joe Thomas, Eleanor Tomlinson, Santiago Winder, Celia Imrie, Dan Starkey, Hugh Bonneville, singer + songwriter + record producer Shakka, and Sean Bean. This looks like such a cheesy and bland movie, but at least it’s about how Egyptian artifacts were stolen by the British. 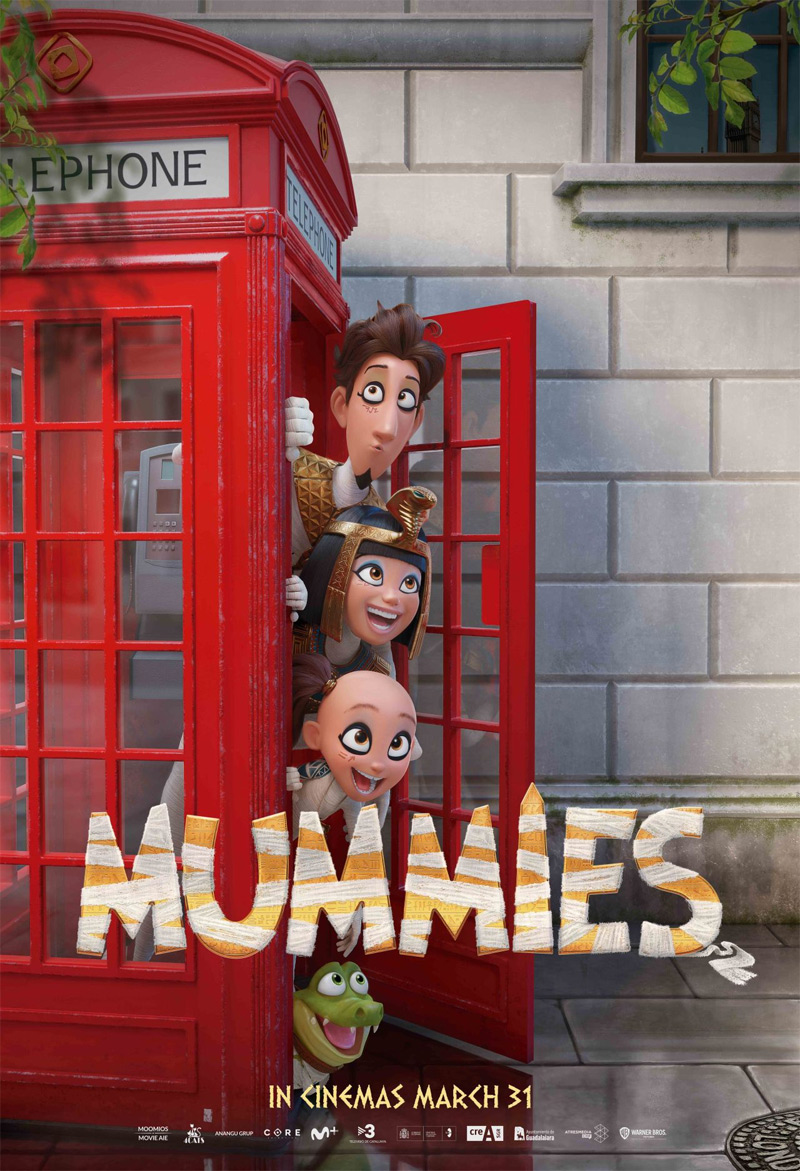 The film follows the fun adventures of three Egyptian mummies who live in an underground secret city, hidden in ancient Egypt. The trio includes a princess, a former charioteer, and his younger brother along with their pet baby crocodile. Through a series of unfortunate events, the mummies end up in present-day London and embark on a wacky and hilarious journey in search of an old ring belonging to the Royal Family, that was stolen by the ambitious archaeologist Lord Carnaby. Mummies is directed by Spanish animation filmmaker Juan Jesús García Galocha, making his feature directorial debut after working as an art director on various projects previously including Tad: The Lost Explorer. The script was co-written by Jordi Gasull and Javier Barreira, Goya winners for Best Screenplay for Tad. Emmy Award-winning writer Ricky Roxburgh (Tangled: The Series) supported the English language adaptation. Warner Bros will debut Mummies in the UK + Ireland in cinema starting in early 2023. No US release date is set. Looks bad, right?