Aimee Garcia & Freddie Prinze Jr. in Romance ‘Christmas With You’

“I really think this could be the one, Mo.” “The song, or the music teacher?” Netflix has revealed an official trailer for a schmaltzy holiday romance called Christmas With You, one of their latest Hallmark Channel offerings. The streamer continues to make “content” that is generic and easily digestible, resulting in a lot of Hallmark-esque low quality films that will be forgotten as soon as the credits roll. What is this one about? Seeking inspiration for a hit holiday song, and feeling career burn out, a pop star named Angelina grants a young fan’s Christmas wish to meet her — and finds a shot at true love along the way. This seems like a rip-off mash-up of the plots from both Marry Me and Notting Hill previously, both of which are much better films than this. Christmas With You stars Aimee Garcia as Angelina, Freddie Prinze Jr. as her “music teacher” love interest, plus Deja Monique Cruz, Zenzi Williams, Helena Betancourt, and Lawrence J. Hughes. This looks extremely, uncomfortably cheesy and super sweet in the most obvious of ways. Meh.

Here’s the official trailer (+ poster) for Gabriela Tagliavini’s Christmas With You, direct from YouTube: 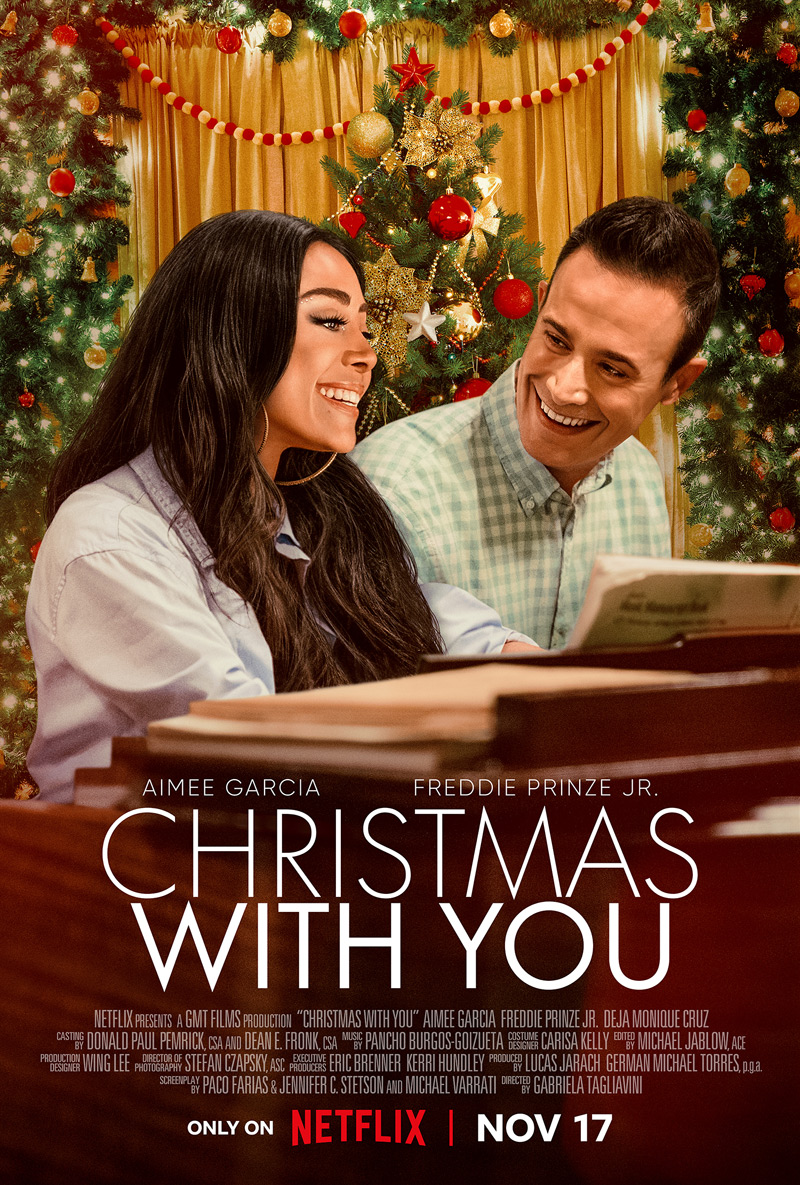 Feeling career burn out, pop star Angelina (Aimee Garcia) escapes to grant a young fan’s wish in a small town in upstate New York, where she not only finds the inspiration to revitalize her career but also a shot at true love. Christmas With You is directed by Argentinian filmmaker Gabriela Tagliavini, director of the films Perfect Lover, Ladies’ Night, Without Men, Border Run, How to Break Up with Your Douchebag, Despite Everything, and Tequila Re-Pasado previously, plus the series “Claramente” and a few short films. The screenplay is written by Paco Farias & Jennifer C. Stetson and Michael Varrati. Produced by German Michael Torres and Lucas Jarach. Netflix will debut Tagliavini’s Christmas With You holiday romance film streaming on Netflix starting on November 17th, 2022 coming soon this fall. Anyone want to watch this?

Best Asymmetrical Tops For Every Budget | 2022