[Warning: The following contains MAJOR spoilers for Dancing With the Stars Season 31 Episode 5.]

Week 5 of Dancing With the Stars Season 31 kicked off its two-night event with “Stars’ Stories Week: Most Memorable Year.” In the Monday, October 17 episode, the 12 remaining couples performed emotional routines that best represented the most impactful years of their lives, and it marked an emotional evening for Selma Blair, whose health concerns caused her to step out of the competition. She has been competing while living with multiple sclerosis, but the dancing has caused too much stress on her bones, the star explained. As a result, no one was eliminated. Their scores tonight will be added to the scores in tomorrow’s live show.

Part 2 of “Stars’ Stories Week,” however, will see one couple eliminated. The episode airs live on Disney+ on Tuesday, October 18 at 8/7c. Themed “Prom Night,” the remaining 11 couples will perform dances to hits that bring them back to their high school proms. The evening will also feature the return of the Dance Marathon, during which all 11 couples will join the ballroom floor at the same time, first dancing a hustle and then a lindy hop.

Hosts Tyra Banks and Alfonso Ribeiro walked out to “So Emotional” by Whitney Houston at the top of “Most Memorable Year.” And Week 5 was especially memorable for Charli D’Amelio and Mark Ballas, who scored the first 10s of the season — three, in fact. Wayne Brady and Witney Carson also landed a coveted 10.

Selma and partner Sasha Farber still received scores for their “gentle” dance, and the judges gave them 10s across the board as a heartfelt farewell.

Here’s what each couple danced to, plus where they landed on the leader board in DWTS Season 31 Week 5.

Charli D’Amelio & Mark Ballas – Contemporary to “When the Party’s Over” by Lewis Capaldi, 39/40

Gabby Windey & Val Chmerkovskiy – Foxtrot to “If the World Should Ever Stop” by JP Cooper, 36/40

The night ended with Selma being joined on stage with Sasha, her son, and the rest of the cast as she shared her proudest moments and said her goodbyes, and there wasn’t a dry eye in the house.

32 Foreshadowing Movie Moments I'm 99.9% Sure You Didn't See Coming At All Who Is John Dutton’s Grandfather? A Dutton Family Tree Theory 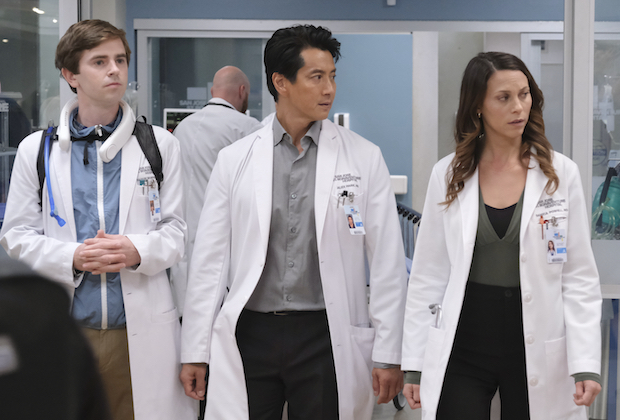