SEAL Team ended its sixth season, leaving us wondering where Bravo goes from here, considering that the entire team — and other SEALs — spoke up as Jason Hayes (David Boreanaz) faced command after going public with his TBI.

But we have more burning questions for a potential Season 7 than that. (The series has yet to be renewed by Paramount+, nor is there any word about that movie that was announced in February). Was the episode in which Clay died the last time we’ll see Max Thieriot? What changed as a result of killing him off? We turned to showrunner Spencer Hudnut to get answers to those and more.

Is it possible we’d see Max again in a flashback in the future?

Spencer Hudnut: We’ve done things like that in the past. I just think part of this decision was that just to finish Max’s work this season was such a struggle. The idea of being able to plan ahead and figure that out just seems hard, but we’ll never say no to anything. Clay’s legacy will live on within the show. And yeah, if there’s an opportunity where we could do something like that, I’d be all for it because he’s such a huge part of the show.

How much would Stella (Alona Tal) be part of Season 7?

I think she will definitely be part of it. In making that decision, if Clay and Stella drove off from the sunset, you [would] lose both those characters. One of the remarkable things about the military is the way this family and community come together and showing that, showing how people step up in times of tragedy. Something we’ve kind of lost in this country is that sense of community. Highlighting that and showing these people coming together for each other, which is what makes the greater military family so special, is something that we definitely want to do. And I think there are things we want to do with Ben [Joey Pollari] that’ll obviously tie in with her. So yeah, my hope is that we see a fair amount of her. 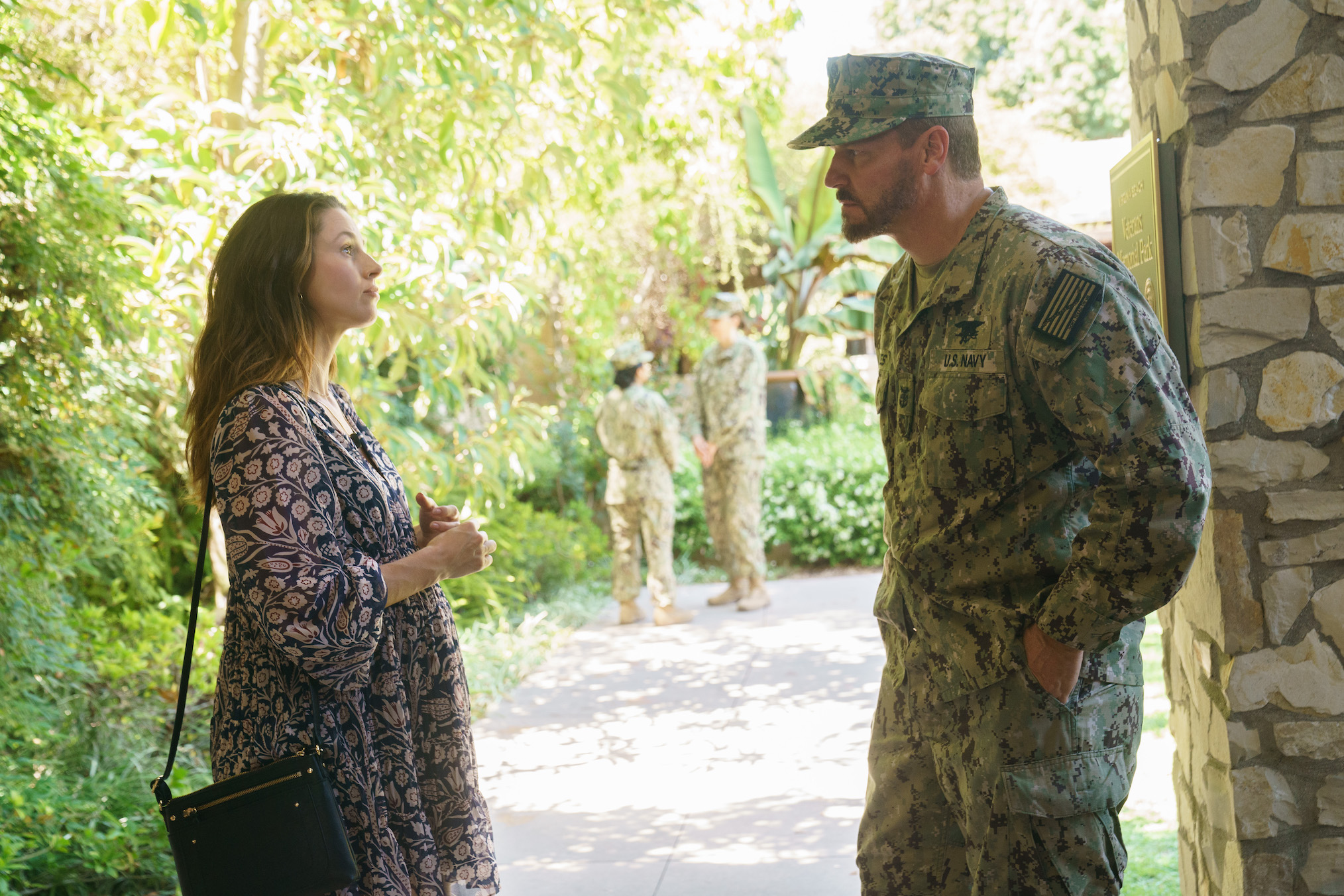 Is there anything you can share about the future of SEAL Team that’s new since we last spoke?

No. As I talk about Season 7, it’s all hopeful. It’s only in my head. So I hope for everyone that we’ll get good news sooner than later. At the end of the day, if we get to make more SEAL Team, that’s fantastic. I really feel like our fans who have made this trip over to Paramount+ with us deserve the opportunity to see these characters through their journeys. We at the show really want to be able to deliver that to them. So yeah, this is not the intended ending of the show. If at the end of the day, the brotherhood, the guys stepping up for Jason and showing that love and connection they share, is the last thing we do, I’ll be OK with it, but there’s a lot more story to tell and we’re hopeful that we get to do that.

What else can you say about your plans for a Season 7?

We’re so early in the process. Because of the uncertainty around Max, we started the season with Clay losing his leg. Unfortunately, we killed Clay in the eighth episode. There was a dark cloud over the season in a lot of ways. Obviously, there’s always gonna be adversities, there’s always gonna be traumas. This is a show about war and its impact on the men and women who fight it and their families. But I think moving forward, we want to show hope. These guys have gone through so much. We want to highlight their victories. This was a very hard season, not just from a production standpoint but on the audience. And my hope is that maybe a Season 7 could be a little lighter, have a little more hope, and see our characters continue to work towards getting themselves into better places.

What can you say about your plans for Clay and for Bravo that you had to change because you had to write him out?

Going back, even from the start of the show, it felt like — I often talk about this with Chris Chulack because from his ER days — to us, Clay was almost like the Noah Wyle character [Dr. John Carter]. It’s from his POV of him joining Bravo team. It felt like he would obviously always have a huge role in the story and whatever happened with Bravo team. So yeah, it’s dramatically impacted my roadmap of where I thought this would be going. But in a way, as a writer, you kind of like those challenges. You like to paint yourself into a corner and then get yourself out of it.

Jason will always be the heartbeat of the show. That was never gonna change. And so I think there’s a lot of good story to tell. As I keep saying, it’s unfortunate that we ever got in this situation with Max, but we’re very proud of what he’s doing [on Fire Country], and we’re excited about what we can now do at SEAL Team. So it’s a lot of good stuff still ahead for us, hopefully.

Did the plan for Bravo, in general, this season stay pretty much what you had? Or did you change anything because of writing out Clay?

If Clay had driven off into the sunset, I think it might be hard for some of these dominoes to fall the way they did. There wouldn’t be a fight to pick up for Clay [for Jason]. So no, it all sort of had a domino effect. I think it would be hard to get these characters and Bravo team into this situation had Clay not died so tragically, and so it definitely had an impact.

So the op and where Omar (Raffi Barsoumian) landed with the team would’ve stayed the same, though?

Yes, we were always gonna be in Syria. The hunt for the general was always gonna be the same. Omar came in before we knew Clay’s fate for sure. We knew Clay wasn’t gonna be on the team. But there was a world obviously where Clay was gonna work his way back. With him being the star and executive producer of a 22-episode network show, that wasn’t ever gonna happen. So it had an impact on how we ended for sure.

And Omar is now a permanent member of Bravo if there is a Bravo?

Did you ever consider killing off another member of Bravo in the finale? They didn’t have much cover during the shootout…

No, they didn’t. Yeah, they were obviously in jeopardy, but I think seeing them come together was always the goal. No, I couldn’t stomach another [loss]. The Clay decision was so painful. This is a show about war, and I think it would be naive on our part to expect there to be no more bloodshed moving forward, but the loss of Clay was just too powerful. To lose another character on the heels of that would be overly cruel and painful for all of us. That’s not to say it can’t happen down the road.

With these characters that we’re invested in, we will continue to show them struggle, but also hopefully overcome any obstacles in their way and hopefully get them to places where they’re happy in their lives.

10 Underrated ’90s Films You Can Watch On Streaming