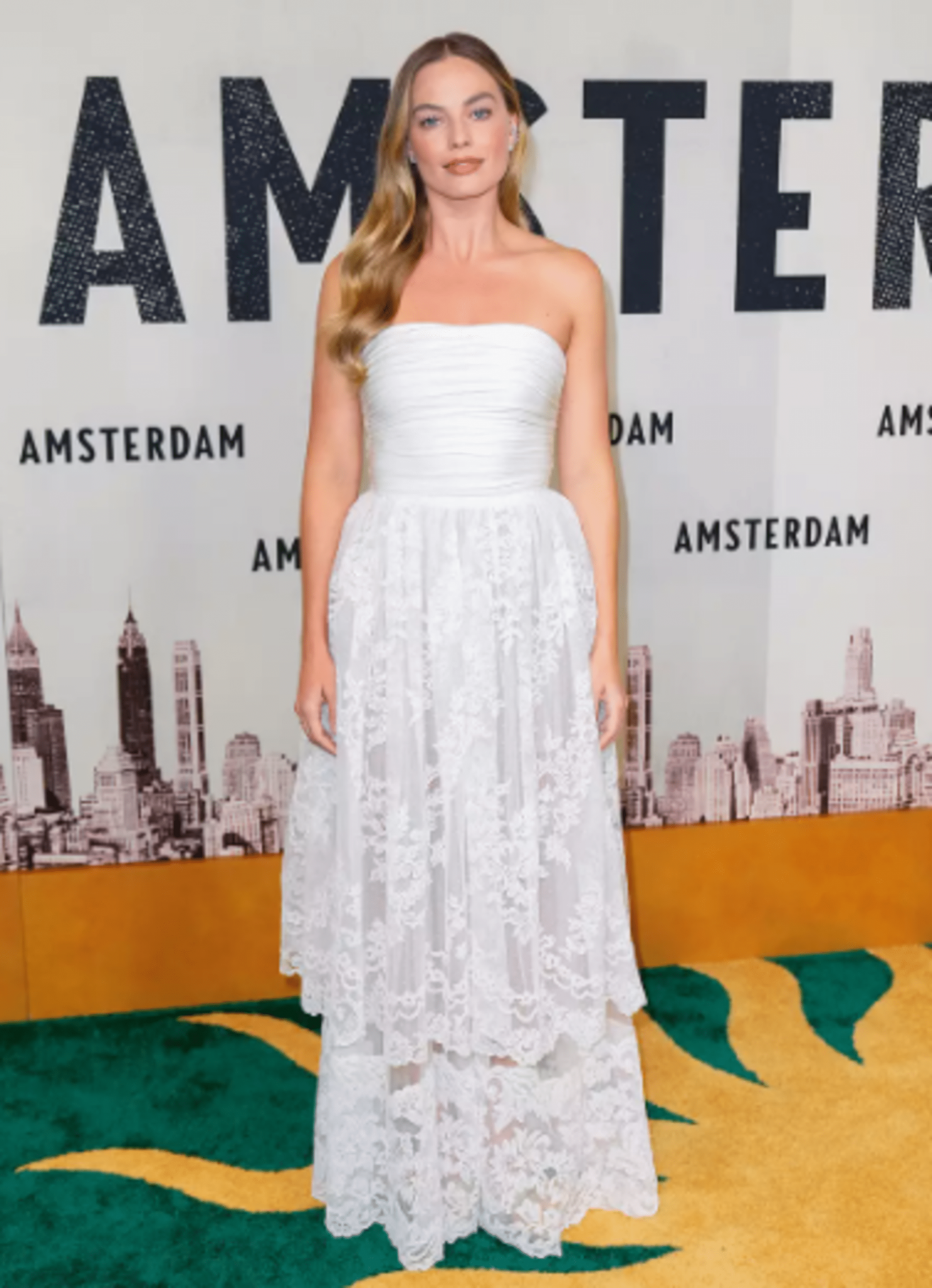 The Chanel ambassador stole the show at Sunday’s New York City premiere of Amsterdam in a strapless dress with a pleated overlay bodice and a lovely double-tiered lace skirt by the French atelier.

The Suicide Squad actress, looking radiant on the red carpet, spoke with PEOPLE about the less glamorous aspects of the acting business. I’d like the public to have a glimpse of what it’s actually like behind the scenes of film production. I don’t think it’s as glamorous as people picture it to be, she said, comparing life on set to a combination of camping and working on a construction site.

She went on to say that film sets don’t typically have a lot of extravagances, and that it’s only special occasions like these that bring out the glitz and glamour.

Robbie, now 32 years old, has said that doing what she loves is not as glamorous as people assume. She thinks this may be one of the qualities that helps keep people grounded. Robbie is unstoppable at this point, and even though she joked that I might be spending too much time on film sets, that’s not the case.

The Australian actress, who is now starring in a period mystery comedy, will also appear in Babylon, co-starring Brad Pitt this December, and Barbie, in which she will play the title character, in July 2023.

Robbie also stated earlier this year that she would be producing another historical heist film for the Ocean’s Eleven franchise.

Dancing With the Stars' Joseph Baena's Role Model Is Surprising