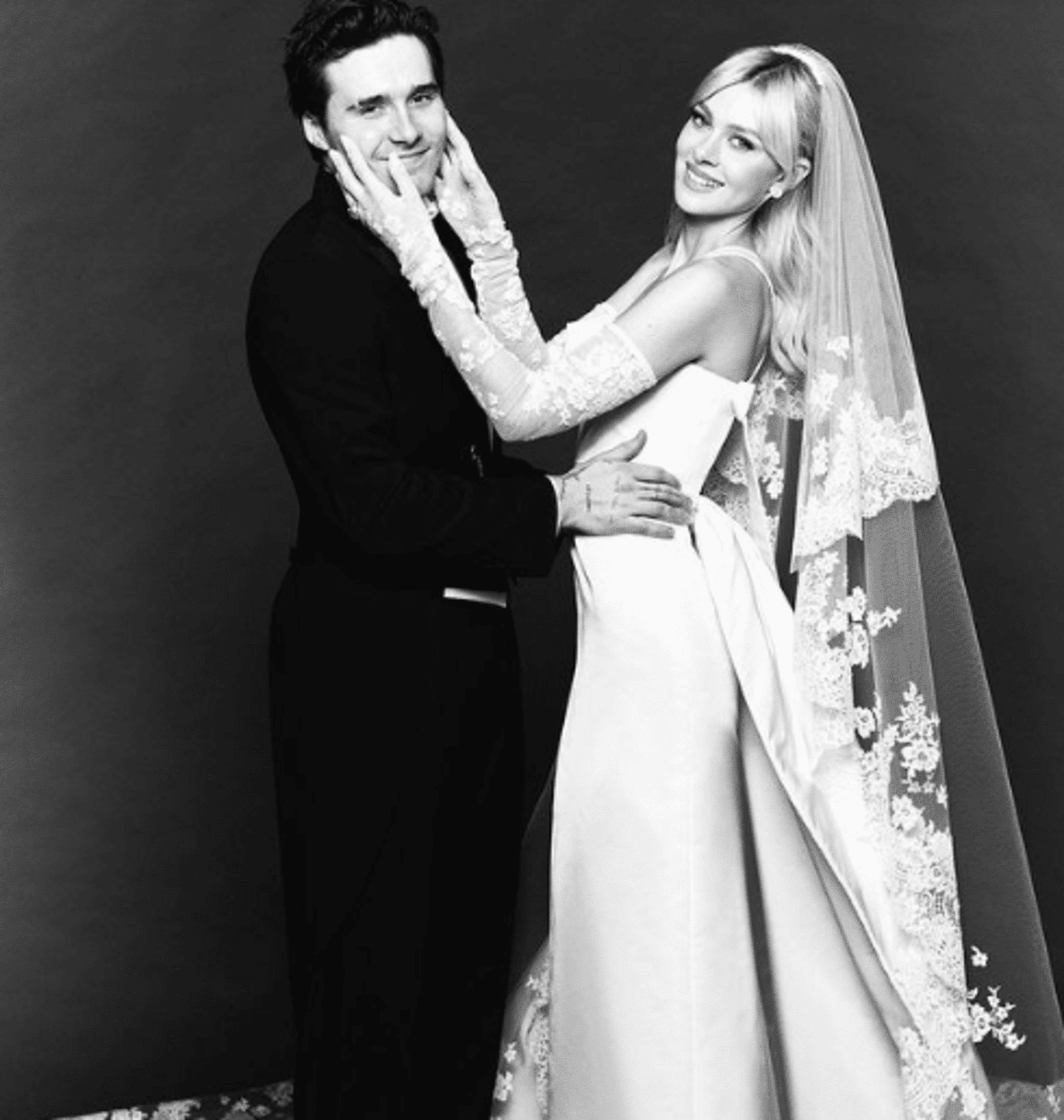 The Cooking with Brooklyn host, who is only 23 years old, paid a touching tribute to his wife on Instagram to commemorate the significant half-year mark of their marriage by posting a throwback photo of the Transformers: Age of Extinction actress, who is now 27 years old, from the day of their wedding in April.

Brooklyn stated in the caption that she has spent the past six months with her “best friend x” and that she “wouldn’t choose anybody else to spend life with xx. Love you forever.” You are the person I could spend the rest of my life with xx.

Nicola responded by writing, “I love you baby so so so much!!” in the comments area. The photograph is a back view of Nicola as she stands at the altar wearing a custom Valentino Couture gown and says her “I dos” to Brooklyn.

In addition, the Bates Motel actress paid tribute to her husband on Sunday by commemorating the event by posting a couple of black-and-white photographs of the couple dressed in their wedding attire. Just six months as your wife, and then the rest of your life. She accompanied the photo with the phrase, “I love you so much, darling.”

2019 was the year in which the pair had their first encounter, and they went public with their relationship at the beginning of 2020. In July 2020, Brooklyn dropped the question to Nicola, describing her as his “soulmate.” A message on his Instagram account announcing the engagement included a commitment from him to one day be the best husband and the best father.

At the beginning of this year, they tied the knot in an extravagant wedding that took place on Peltz’s family estate in Palm Beach, Florida. Everyone from Brooklyn’s famous family was there, including Romeo, 20, Cruz, 17, and Harper, 11. Their parents, Victoria and David Beckham were there as well.