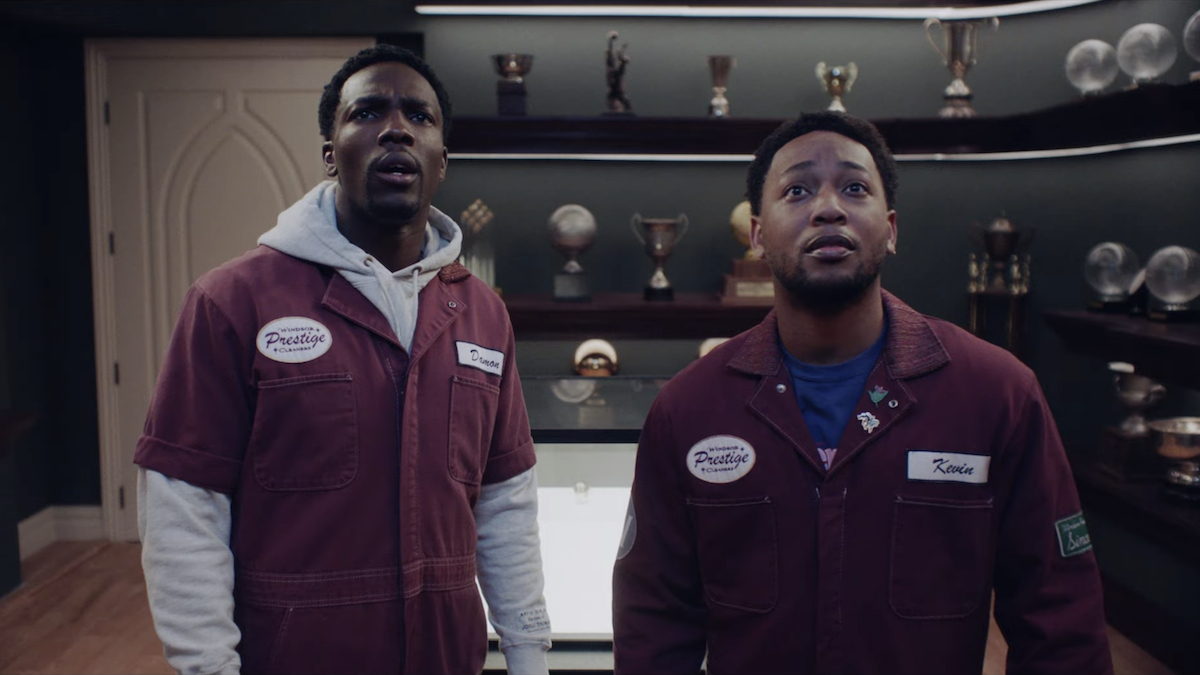 A new House Party movie is in the works at New Line Cinema, and in the trailer for the remake, Tosin Cole and Jacob Latimore throw a big bash at LeBron James’ pad … with a whole bunch of guest stars. Watch the trailer below.

Marking the feature film debut of music video director Calmatic (of “Old Town Road” fame), House Party is produced by James and Maverick Carter and written by Jamal Olori and Stephen Glover. The trailer introduces Cole’s Damon and Latimore’s Kevin as floundering party promoters and house cleaners who decide to throw an event at their famed basketball client’s insane mansion to make some cash. Of course, chaos ensues, complete with guest appearances from the likes of Snoop Dogg, Lil Wayne, Lena Waithe, Anthony Davis, and a hologram of LeBron.

House Party hits theaters January 13th. The remake follows James’ turn in Space Jam: A New Legacy and Mescudi’s roles in Entergalactic and X. As for its stars, Cosin will soon portray Medgar Evars in Till, while Latimore stars in Waithe’s Showtime series The Chi.

Halloween Ends review – A fine swan-song for Laurie and Michael