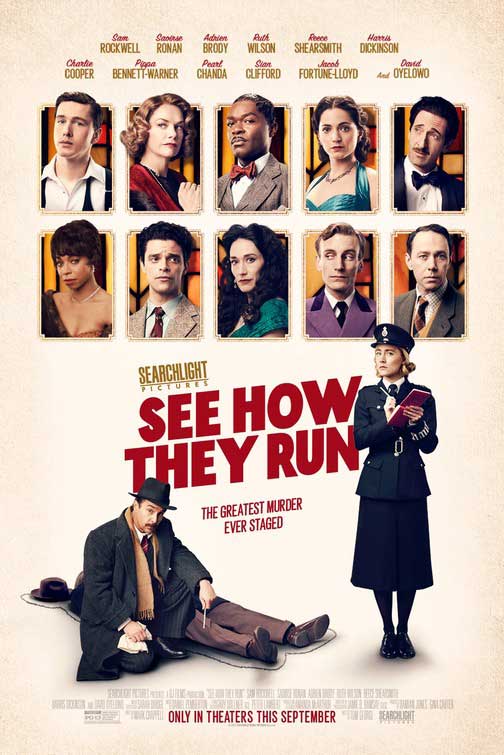 Saoirse Ronan. Sam Rockwell. Adrien Brody. David Oyelowo. Those names capture your attention. See How They Run, their new comedy-mystery, does not.

There are critics who refuse to watch movie trailers before watching the movie itself. I’m not one of them. But in this case, the cast alone caused me to commit to watching this straight-to-streaming release. Had I watched the trailer first, it likely would have become clear that See How They Run was not the movie for me.

Boring, unfunny, and tediously well-mannered, See How They Run challenges you not to solve its murder mystery but rather to stay focused at all. I found myself repeatedly drawn to multitasking because nothing on screen held my attention in any way or form. Ronan, typically a captivating on-screen force, is buttoned up in a cheeky, unassuming police officer role. Rockwell seems to just be a long for the ride.

How the mystery unfolds really doesn’t matter, because unless you’re really, really into this kind of story (my guess: my mom would find plenty to like here), it’s unlikely you’ll make it to the end. I struggled mightily in that regard.

The Rookie Round Table: Fun or Annoying?