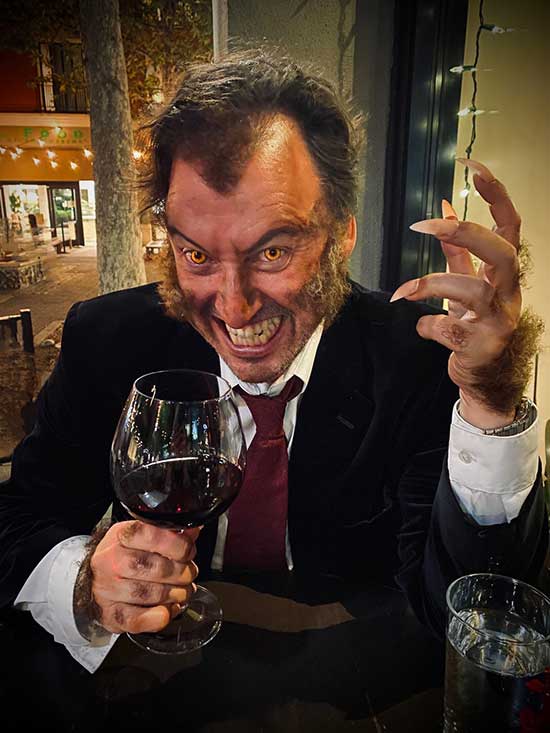 Lycan or not, werewolves are back. Meeting the moment, tooth and nail is writer-director Daedalus Howell with his upcoming campy horror-comedy Wolf Story, now in post-production.

The film wrapped principal photography this Fall in Petaluma, CA, and marks the latest collaboration between producer Kary Hess and Howell whose previous movie together, Pill Head (​​“Possibly the most bizarre film ever made in Petaluma…” — Petaluma Argus-Courier), is now streaming on Amazon Prime.

An ode to the aging of Generation X with a rom-com spin, Wolf Story explores what happens when a burnt-out college professor accidentally becomes a werewolf and embraces the change to thwart an evil occultist plot… and save his marriage.

“‘Wolf Story’ leans into lycanthropy with a nod to screwball romantic comedies and the expressionistic horror films of the mid-20th century,” says Howell. “It puts a comic spin on the ‘mid-life crises’ — from increasingly complicated relationships to body horror — mostly my own body horror.”