What happened to the Wilcox family? 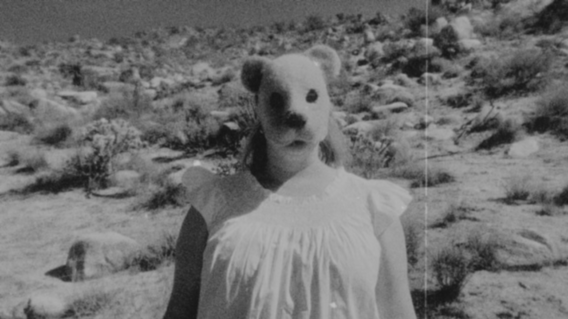 The new genre-bending, independent film company Jackalope Studio invites you to open
your mind to the unreal, the dark, and the twisted with their new ten-episode YouTube series
The Unknowable, from horror writer/director Zach Donohue (The Den). All episodes available will be available to stream on October 25.

In 1948, World War II veteran Thaddeus Wilcox left in the middle of the night from his idyllic San Francisco home with his wife Fanny and her sister Mabel to a remote property in the Mojave Desert known as Silent Creek. Compelled by visions of a strange alien species, The Wilcox family spent the year attempting to make contact. But in that time, they would draw the unwanted attention of other more malevolent and unspeakable forces, becoming the subjects of the most disturbing unsolved mystery the world we live in would never know… until now.

Watch the trailer below:

The Unknowable is a short ten-part cosmic horror series that interweaves repurposed public domain black and white footage from the first half of the 20th century, alongside heavily filtered footage from the present, to tell the macabre and weirdly creepy story of the Wilcox Family and the unbelievable events that befell them. The surreal story blends elements of true crime documentaries and cosmic sci-fi horror all in service of telling a story that is 100 percent fake. But, it’s presented it as a series of real events that happened in a separate reality in the multiverse, adjacent to ours.

The Unknowable is the first original series from independent film company, Jackalope
Studio. Under the creative direction of Kyle Cooper (screenwriter, The Late Bloomer;
Snapchat’s Solve), the company’s growing slate of genre projects provides a one-of-a-kind
alternative for audiences seeking bold, unique and visionary entertainment. “Our goal is to
create work that is innovative, inventive, and wildly imaginative,” Cooper said. “We’re not afraid to get weird. And with Zach Donohue’s The Unknowable, we definitely do that. I couldn’t be more excited for what’s in store.”

Of the horror series, director Zach Donohue says, “I wanted to make something for the fans of
my first film, and the growing number of people who like to experience unconventional stories that are completely untethered by studio restrictions and emboldened by the type of creative ingenuity that comes from low budget filmmaking… This was an absolute blast to create because I made it all entirely with friends and people I trust. I hope that spirit shines through and grabs you.”

Meghan King Got Her Boobs & Nose Done - And She's Sharing All!