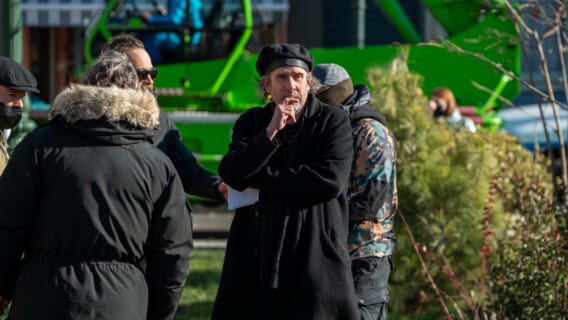 Tim Burton and Netflix seemingly have a massive hit on their hands. Wednesday, the new Addams Family series centred on Jenna Ortega as Wednesday Addams, is currently sitting grimly at the number 1 spot on the Netflix Top 10 TV charts. While the series has received mixed reviews, it seems as though fans are hungry for the show, marking a creative comeback for one of America’s spookiest creators.

Catherine Zeta-Jones (Chicago, Traffic) and Luis Guzmán (Boogie Nights, Traffic) also appear in the series, playing Morticia Addams and Gomez Addams, respectively. The new project is a live-action, comedic coming-of-age tale from Netflix and MGM. It comes to us from Al Gough and Miles Millar, the creative pair behind the cult classic YA series Smallville.

Wednesday sees its title character attending the Nevermore Academy, where she does her best to engage with her psychic abilities, end a murderous rampage, solve mysteries, and even encounter new friendships and romances.

A previous Wednesday Addams also appears in the new show. While being interviewed about her current career moves by Variety, Christina Ricci mentioned the joy she felt when being asked by director Tim Burton to participate in his new Wednesday Netflix series.

“I was really flattered to be asked and to be asked by Tim [Burton],” Ricci told Variety. “It’s nice to be a part of this next iteration of that character. It’s fun to watch, and it’s fun to see other people’s takes on things and what they put of themselves into something like that.”

The Netflix series marks the first time Tim Burton has directed for television in a long while. The series has an order for eight episodes by Netflix and production company MGM Television.

Are you excited about Wednesday on Netflix? Let me know on Twitter via @joshkorngut. I’m always down to talk about pop culture and horror!