One of the most high profile genre offerings of the season just premiered at Fantastic Fest 2022! 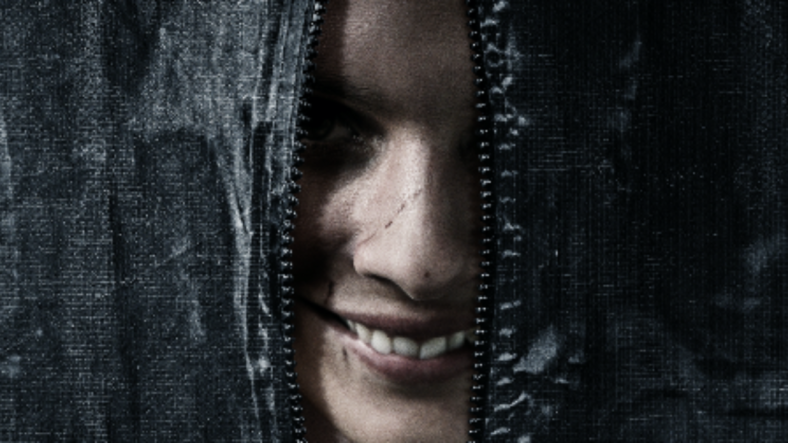 The new high-concept horror film, Smile, from first-time feature director Parker Finn was initially sparked by his award-winning short film Laura Hasn’t Slept. When the world shut down in March of 2022, the decision by SXSW to cancel the entire festival sent shockwaves around the entertainment community. But at least Finn won the Jury Award in the Midnight Short category, rocketing him off to newfound success when Paramount Pictures suddenly came knocking to turn his short into a feature.

The backbone of Laura Hasn’t Slept is still there in Smile, focusing on a tormented woman living in a waking nightmare who turns to her therapist for help. Unfortunately, the finished film about a grinning demonic entity fails to up the creep factor enough to overcome its drab, dramatic interludes. The premise makes for a great trailer, admittedly. But Smile decides to explore the idea of mania and trauma instead of investigating the origins of the actual demonic force taunting its victims.

Sosie Bacon (13 Reasons Why) stars as Rose, a caring but slightly jaded psychologist helping a revolving door of mentally ill patients. In a moment of spine-tingling foreshadowing, Rose tries to calm a clearly terrified woman who is certain that something is following her. The presence inhabits people she knows and forces them to wear a terrible grin that serves as a harbinger of her impending death. In Smile’s most graphic scene, the patient completes suicide, effectively passing the evil onto Rose.

As Rose begins to grow increasingly erratic, her husband Trevor (Jessie T. Usher) and her self-absorbed sister Holly (Gillian Zinser) begin to push her away. A once-promising psychologist, Rose is becoming quickly becoming psychotic and starts to come off as a pariah. She turns to her old boyfriend (Kyle Gallner) who also happens to be a cop. The two of them begin to discover connections between past suicides that lead directly to Rose’s front doorstep.

Those discoveries, however, don’t really unveil anything compelling about the entity or curse itself. Instead, the attempts to prove what she’s seeing is real lead back to her own family history of mental illness. Following those breadcrumbs causes Smile to lose its fun, legitimately unsettling premise in favor of a slow, sinuous examination of Rose’s core trauma. Adding that level of self-discovery and delving into those themes is commendable and necessary. The dramatic moments that explore Rose’s fragile mental state are challenging to watch at times because of the obvious distress she’s in that goes beyond the supernatural. When those moments give way to cheap scares, the two elements don’t always gel. Interestingly, the ex-communication that Rose experiences from her fiance, her family, and her contemporaries seems just as damaging as her unshakable delusions.

The act of suicide also comes up A LOT which could make some viewers feel uncomfortable, especially when the trailer for Smile is really selling another kind of horror movie. It seems as though Finn, who also wrote the script, is attempting to make two movies at once. Smile wants to be in the same conversation as The Ring or It Follows. But, in this case, its daisy-chain attachment to a killer curse gets lost inside of a much darker story about confronting your inner demons.

Most of the jump scares are effective though with moments of face-ripping gore that should absolutely shock. That’s probably because these moments come out of left field in most cases. There are some fantastic images and bursts of inspired creature design from the famed team of Tom Woodruff, Jr. and Alec Gillis (Alien, Predator, basically every modern monster movie) that almost save the finale. With a big horror release like this just in time for Halloween, it’s a little disappointing that Smile has more in common with Neill Blomkamp’s Demonic than a new classic like David Robert Mitchell’s It Follows.

With such an inherently scary premise, Smile chooses a much darker, self-introspective path that wastes the potential for true scares.

Q&A: Matt Maguire (SawBorg Destructo) Discusses the Enduring Legacy of GWAR and the New Graphic Novel GWAR: IN THE DUOVERSE OF ABSURDITY