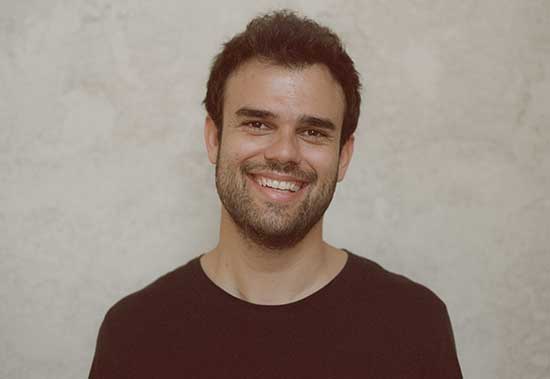 “Charlie Sarroff is an award-winning Australian cinematographer, known for his compelling and dexterous lensing of films and television shows. His latest work can be seen in Smile, director Parker Finn’s upcoming traumatic horror releasing to theaters Sep. 30. Starring Sosie Bacon, Rob Morgan, Kal Penn, Jessie T. Usher and Kyle Gallner, Smile follows the story of a psychiatrist who witnesses a traumatic event involving a patient. As she begins to see and experience terrifying occurrences only visible to her, she grows increasingly convinced that a supernatural force is following her. Currently, Sarroff is working on Broke, an independent neo-western from director Carlyle Eubank starring Wyatt Russell. Sarroff is known for his work on critically acclaimed films such as Natalie Erika James’s Relic, Kelly Oxford’s Pink Skies Ahead and Sam Kristofski’s Zieri Cosmos. For his outstanding lensing on Relic, Sarroff earned features in Australian Cinematographer Magazine, Filmmaker Magazine and The Hollywood Reporter. Sarroff’s films have screened at festivals across the globe including SXSW, Sundance, Sitges Film Festival, the Sydney Film Festival, the Sydney International Film Festival, the New York Film Festival, the Cairo International Film Festival, the Rome Independent Film Festival and the Prague Short Film Festival.”

Hello Charlie, thank you so much for taking the time to do this interview for Horrornews.net. Please tell us how and why you decided to get involved with Smile?

C.S.- Thanks for having me!

So, my story with SMILE started at a pre-SXSW festival event where I randomly met Director Parker Finn. He had just shot his short LAURA HASN’T SLEPT and it was to play at the festival. We got along well and traded info about each other’s projects. We planned to connect at SXSW but then the pandemic hit and the festival was moved online. During lockdown we stayed in touch and I was happy to see his short do so well, winning multiple awards. When we finally met up for a beer, he mentioned he had adapted his short into a feature and how it had been picked up by Paramount and Temple Hill. I was excited to hear that I was in consideration to be the DP and that he wanted to send me the script. SMILE was a fun, gory, suspenseful read that was a page turner and I could tell there was a specific vision for it by the way Parker wrote. When it was offered to me, I had to say yes. 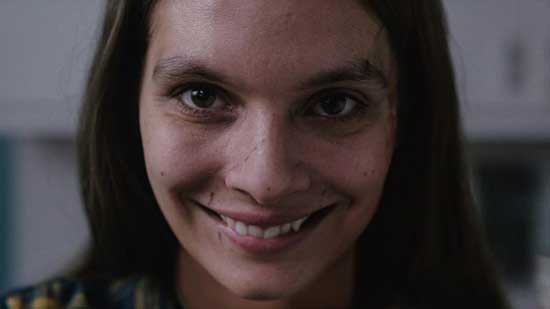 C.S.- I’ve been fortunate to have been able to collaborate with great film makers and there are many moments that are memorable. To be able to work with puppetry created by legendary artist Tom Woodruff was a very memorable moment. I respect Parker for his fight to film these effects in camera and not go solely down the VFX route. That is also said for RELIC Director Natalie Erika James and her push to use puppetry when we filmed the character ‘The Other’. It’s just a very fun thing to work with and see how they are created and being able to light something that is tangible and right there in front of you appeals to me more than an empty space that will be transformed into something at a later date.

What was it like working with the director and cast?

C.S.- It was great to be able to work with a Director like Parker Finn he had a strong visual take on how he would like his films to be shot, and it offered a lot for opportunity to do fun things. and when I read the script for SMILE I could see that. It was really rewarding helping him figure out how best to shoot things and develop a visual language for the film. Parker is certainly not a Director who just wants to cover scenes in a generic fashion. Everything needs to have a reason and that was great to be a part of.

The cast were brilliant. Sosie was a force. She had to turn up day after day and play different levels of distraught and she was in nearly every scene so it must have been exhausting but she put in an amazing performance. I can only speak highly of the rest of the cast. Working with Rob Morgan was a special day. Watching him do is thing was a privilege. And to have fellow Aussie Caitlin Stasey on the shoot was a lot of fun. Her scenes were very heavy but there was a lot of laughter and fun between takes. 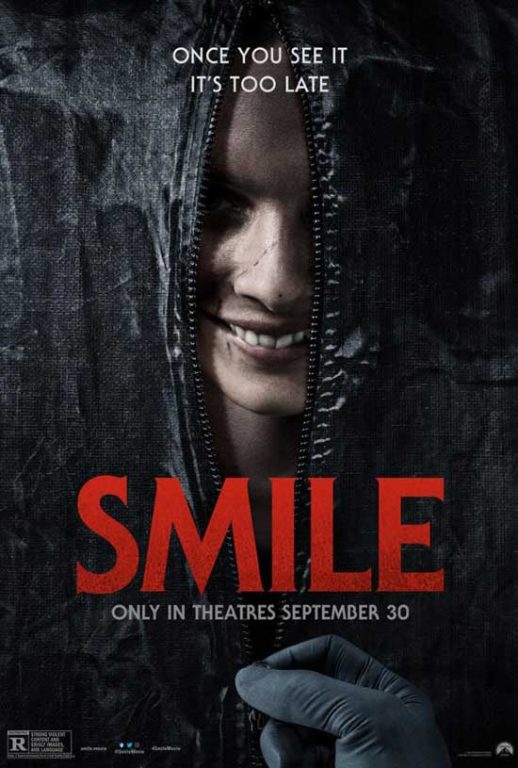 What are you working on next?

C.S.- I’m keeping busy with music videos and commercials at the moment and have another feature coming out next year that I shot around the same time as SMILE.

What would you like to say to the people who will be watching Smile? What do you people to know from your perspective?

C.S.- I like the idea of people going into SMILE without any expectations. I guess I’d like the audience to know that there’s many more freaky moments not shown in the trailers and that any preconceived ideas around what the film could be are most likely off the mark.

What is the best advice you received as a cinematographer?

C.S.- It’s a clique, but some of the best advice I’ve received is to be persistent. Rome wasn’t built in a day and neither was a cinematographer’s career or any other type of film maker for that matter. It’s a long road and you’re on your own journey. It’s a very competitive field with so many talented people fighting for a seat at the small table but Its best to not compare yourself to where other people are and just focus on what you are doing and what you want. Outside of this I’d say finding Directors who you can build a creative relationship with is important. And taking time out to do passion projects and creative endeavors. When I started out, I literally shot cooking shows (nothing wrong with that) to pay the bills and then I would take time off to film friends’ short films and music videos. This helped me build a reel and we all progressed together and after a while my work would start to be seen by others and things slowly grew from there. So yeah, the advice that I received that I’d share with others is to just keep going and do what you can to give yourself some freedom to take time out to film the sorts of things you want to film

Relic is one of my favorite films. The work is perfection. What is your process like for a film? Do you do anything special to prepare?

Due to circumstances out of my control my prep period on RELIC was unfortunately really short. But I had shot a lot of projects with Director Natalie Erika James including the proof of concept short CRESWICK so we had built up a good working relationship and I had a good take on the style and tone of what Natalie wanted RELIC to be. We would shot list as much as we could and discuss references, other films, art work, photography etc. Spending time in the locations is very important to me. whether a set build or a real location. I try to spend as much time there before we shoot and just look at the space and think about what could be done there. Every film is different and I’d say my process changes to accommodate the circumstances but prep and planning and developing an understanding of the material is always imperative.

Had there ever been a time where you missed a shot? For example, you see something and think, oh, it would be great but either the Director was unsure or you just thought, maybe next time?

C.S.- Often there’s a feeling of what could have been or what could have been done differently or if you just got that one different shot could the scene be better. Maybe it would. But I’m amazed at how often time heals this. If I watch something back a month later, I often don’t miss it. That’s not to say things couldn’t be better but I’m learning to not live in regret and stress about what could have been and just focus on what’s ahead. You need to try as best as you can to tell each scene and story the best way you think is possible but once it’s in the can and there’s no going back you just need to learn from it and move on.

Do you have any words of wisdom to share?

C.S.- Try and be bold when it comes to creativity in any form.
It’s better to be loved and hated over doing something that doesn’t make people feel anything at all.

Thank you so much for taking the time to do this interview for Horrornews.net.

C.S.- Thanks for having me! I appreciate it, anytime.

Who Is Adam DiMarco? 5 Things To Know About ‘The White Lotus’ Star – Hollywood Life