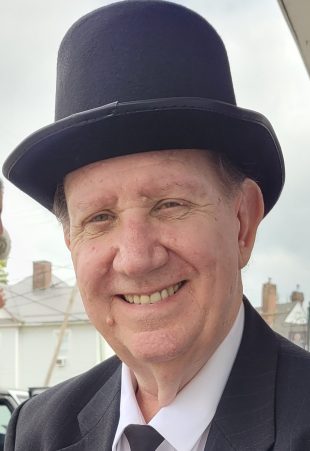 1. What made you want to get involved in acting?

2. Who inspires your creativity?

Even with the script, the players and physical locales involved, that part really begins and ends with me. As a featured character actor I have the responsibility to find my characters inner self, motivations, and his reason for being in this place at this time with all this going on around me. 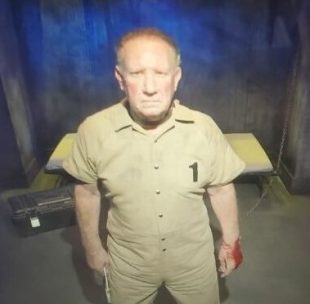 3. How is it working with the Mahals?

Oh gosh, I love working with Sonny and Michael! Started in 2019 with Bridge Of The Doomed and have been in several projects with them and both Michael Su and Adam Werth since then.

4. Tell us your biggest obstacle while working in the film industry?

My biggest obstacle was finding my original entry into the business which took me about 3 years to finally get my foot into the door. Since then I have been lucky to find increasingly larger roles since the early days.

5. What has been your most challenging role?

Usually I would say the very latest one I worked in – but Deathcount was special as it was my first featured role and it brought me to a new level in both confidence and competence. My very last project in West Virginia was also a juicy role and gave me an opportunity to really develop a character in Mayor Carl in a very strange town who was both incredibly greedy and quirky which I really enjoyed. 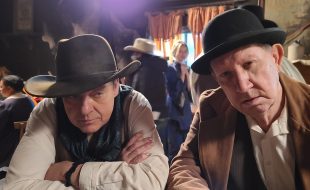 6. What has been your most memorable moment in film?

Besides meeting all the great folks I have worked with, my most memorable moment in film was during the filming of Deathcount when in my hotel room after a 12 hour day of work exhausted I sat on my bed alone and I fully realized that I could act on the boards with players like Robert LaSardo, Michael Madsen\ and Costas Mandylor and that I really belonged there. It was more an inward revelation than anything. Later Night of the Tommyknockers really reinforced that feeling that I was on the right track with all this.

8. What attracts me to the horror genre?

Who does not love getting scared shitless and having their heart start racing, right? I feel horror by its very nature appeals to that ongoing battle in human nature
of good vs. evil. A great horror film pulls at the struggle between those two things. As a kid growing up watching players like Karloff and Lugosi hit the ball out of the
park with those characterizations it gave me to something to shoot for.

9. What is your favorite decade for horror?

The struggle between those two forces is so pronounced in those characters that Frankenstein, Dracula, the Wolfman and those Todd Browning films of the 30s really knocked my socks off. Horror is leaning toward more computer animation and special effects now to produce those same reactions. But in the end, I believe a great movie, film or play comes down to the quality of the story and script.

10. What is the best piece of advice you were ever given?

My teacher in New York Bobby Lewis gave me a very simple great piece of advice in only 3 words which he constantly etched into my brain – Do The Work.  He could tell how much work I had or had not put in since he had last seen me. It was amazing. 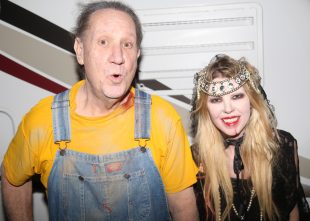 11. Whats next for Denny Nolan?

Well I have two films booked with the Mahals leading into 2023 both meaty character roles which I really enjoy getting my teeth into. And also just finished Macabre Mountain with Felissa Rose which is the Mayor Carl role being released in 2023.

Christina Aguilera Stuns in Purple at the Latin Grammys

The Smile Perform “You Will Never Work in Television Again” on Fallon: Watch