Spooky season is upon us. And with that in mind, we’ve complied a list of 10 underrated games you can only find on Steam. Gamers all over the world are always on the hunt for the next scary game. And Steam provides a treasure trove of hidden horror gems. These titles are often underrated due to limited distribution. But these games will provide a frightful experience for anyone looking for something different this Halloween season.

Deadly Night was developed by Cubyte Games, looking to create a slasher-themed gaming experience. You play as hitchhiker Carol who arrives at a seedy motel, with plot elements straight out of any grindhouse movie you may have seen. As you explore your surroundings you encounter one weirdo after another. But that’s only the beginning of the nightmare. Carol is abducted and taken to a house of horrors. You must run and hide to avoid the masked killer that patrols the house. Once the player solves the puzzles of the house, the nightmare is not over. The horror is only beginning on this deadly night. Brave enough to make it through the Outlast series and looking for more? Follia Dear Father is a worthy successor. Developed by Real Game Machine, Follia Dear Father puts players in a first-person, gore-drenched, jump scare-filled experience. Players must sneak and avoid various mutated enemies scattered around a university campus, in which a science experiment has gone awry. Players will experience shockingly violent imagery, and gruesome enemy encounters as they solve puzzles to progress through each part of the campus. Developed by Manic Mice, Lunch Lady is a thrilling multiplayer experience. Players must find pages of test answers for the final exams. A simple enough premise, right? While on the hunt for 10 pages of test answers the gruesome Lunch Lady is roaming the halls. If caught the Lunch Lady will serve up a big helping of murder. The more progress you make, the deadlier the Lunch Lady becomes. This game is loaded with jump scares and thrilling chase mechanics. Lunch Lady is equally parts scary and challenging. Looking for a scarier experience? Play it solo. The game also offers varying difficulty levels, ever-changing map load outs, and a character level system. Lunch Lady is a game that will terrify players and have them looking for more. The I’m on Observation Duty Series

I’m on Observation Duty is a series of five short games developed by Notovia. They are currently part of a bundle only available on Steam. They are intended to be played in rapid succession for a heightened experience. The premise of the series is that, as the title implies, you are on observation duty. Your job is to monitor security cameras and report any anomalies you see. The game’s simple premise of spot the difference already establishes a high level of replay potential. But also, the various bizarre anomalies add to the experience. The anomalies are surprises that I cannot spoil in this list. Simply put, I’m on Observation Duty is a series that must be seen to believed. Don’t be shy, you might like what you see. Occult is a game looking to follow in the footsteps of the popular Outlast series. Occult offers both solo play and multiplayer experiences. Players are investigators who must solve puzzles and vanquish an evil monster. As of now, the game offers two maps. An eerie mansion and a creepy asylum. As players investigate these maps, they will encounter terrifying moments. Players utilize stealth to avoid enemies while looking for the items needed to defeat the evil plaguing the area. There are multiple puzzles to solve, offering multiple ways to win. But the game also offers a unique level of difficulty for players looking to go solo. But be warned! The monster plaguing the map will make frequent appearances to take down players. Renderise (the developer) has announced plans for a new tunnel map. Occult continues to grow as a game, as evil finds a new home in the darkened subway tunnel. In 2008 Creaky Corpse Ltd created a free-to-play RPG. Dead Frontier put players in a top-down setting, similar to games like Diablo 2. Ten years later, lead designer Neil Yates would envision a sequel on a larger, more horrific scale.  Like its predecessor, Dead Frontier 2 is also free to play. Players are still fighting off legions of the undead, searching for powerful loot. The difference? The players are immersed in a third-person perspective. Each monstrosity is easily seen. The game offers a variety of activities for the players to participate in. Players can join outpost attacks, public missions, or even boss hunting in higher zones. The game offers a challenging experience for players without adequate gear. Dead Frontier 2 has recently received a host of game changing updates. The quality of life continues to grow, as the hordes of the undead do the same. World of Horror was inspired by the work of Junji Ito, and the era of ‘choose your own adventure’ games. Developer Panstasz puts players in a literal world of horror. You play as an investigator solving cases to prevent the arrival of a dark god. As you progress through each case, the world around you crumbles. The game offers increasingly horrifying surprises with each case. Some of these surprises increase the impending doom infecting the area. Doom is one of many mechanics the player must manage if they look to triumph over the ancient evil. Between trial-and-error scenarios and various event outcomes, the game holds a high level of replay. During the course of the game, players encounter unsettling characters. Players will also come across dreadful and deadly enemies in turn-based combat. Be warned, not everything is as it seems in the World of Horror. The Horror of Salazar House

Originally titled The Enigma of Salazar House. Developer Maldo 19 created a horror game for players nostalgic for Game Boy style graphics and gameplay. You play as Elisa, a young reporter tasked with exploring the mansion of a famed author and his family. The home is shrouded in mystery as its occupants vanished years ago. With each step you take, the bigger picture of the family’s whereabouts becomes more clear-cut. As you explore the creepy mansion, it becomes apparent you are not alone. Players will need to be careful of a vengeful ghost roaming about. Gamers will find clues and items to solve puzzles. The Horror of Salazar House offers multiple endings for players who dare to explore the dreaded mansion more than once. You are a witch hunter in the 18th century who must eliminate all of the evil in your town. The game offers a variety of enemies, a creepy atmosphere, and nonlinear gameplay. As the witch hunter, you will have an assortment of weapons and magic at your disposal. Developer Andrii Ventsevych designed a fascinating and challenging gaming experience. As you explore the almost endless regions of your town, you are a literal hunter; you are required to track your prey as such. Each major boss you encounter will require different strategies if you are to survive. These mechanics and gameplay characteristics add to the horror. Witch Hunt is a game that doesn’t hold the player’s hand. The various monsters you encounter can kill you at any time. The scares and challenges are not in short supply. Witch Hunt is perfectly suited for October gameplay. Looking for asymmetrical horror title only available on steam? This genre offers an immersive experience as multiple players hide from a killer. These types of offerings put players in a deadly game of hide and seek. The procedural gameplay creates a challenge for developers to create a long-lasting experience. October Games would crack the code and find longevity with Horror Legends. What sets Horror Legends apart from the others? The gameplay. The cast can either complete the objectives or try to kill the legend with their unique abilities. The legends themselves each have deadly skill sets that maintain a consistent feeling of being the power role. This allows for balanced life or death gameplay. October Games struck a deal with Full Moon Features that brought in Radu from the Subspecies film franchise, proving October Games is not just a catchy name. Liked it? Take a second to support James Mcintire on Patreon! 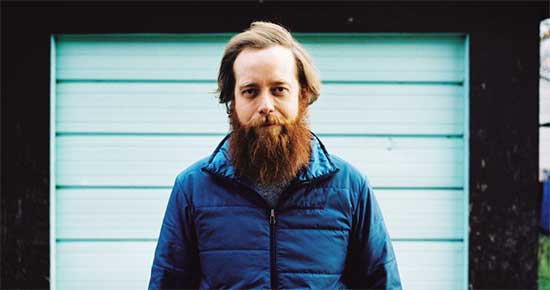 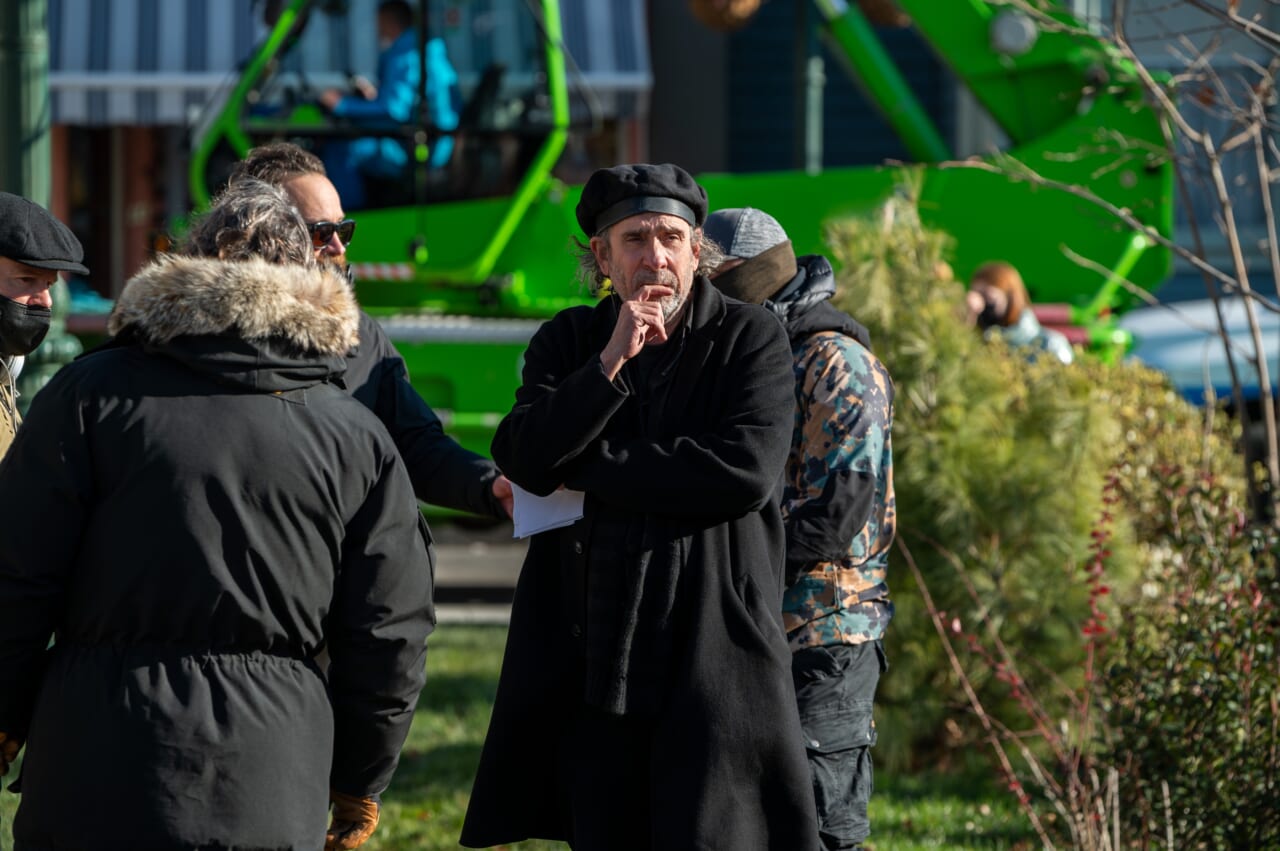